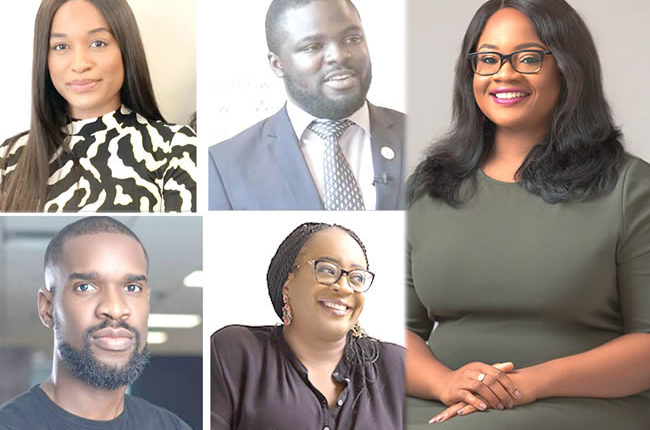 Leaders are called change agents because they are supposed to activate people’s innate ability to actualize their potential. A good leader does not leave his people at the same level he met them; if he cannot exert himself to improve the people over who he superintends, everything else he does will count for little. The reason is not a mystery; leaders’ primary responsibility to those they lead is to bridge the gap between their reality and their possibility. A leader’s business is to take a people from where they are to where they ought to be, not just as a collective but even as individuals. This doesn’t happen overnight but overtime. However, it would never happen unless the leader is deliberate about developing his subordinates such that they see what they are capable of becoming and resolve to achieve it.

The basic skill deployed by leaders to transform their followers is influence. Influence is the capacity to affect others’ thoughts and actions. It is the power of a leader to mould an individual in the shape he wants for the purpose of achieving an objective. Leadership is the ability to make people do what they might not want to do ordinarily. Leadership ends when a leader fails to influence because without this critical factor, delivering on his mandate of effecting a change becomes extremely difficult. Leaders engender change; and for them to realize the kind of change they want, they must be able to wield some level of influence.

Influence can be put to good or bad use depending on who is wielding it. Between 1933 and 1945, Adolf Hitler influenced the killing of six million Jews living in Europe because he wanted to exterminate the Jewish race, which he referred to as the parasitic vermin, and establish the Aryan race as the superior one. On the other hand, Mahatma Gandhi influenced the people of India to embrace nonviolent civil disobedience in their struggle for independence from Britain.

Leaders influence others in various ways to bring out the best in them. Here are some of the ways.

Perhaps the most important thing a leader can do for those he leads is to positively affect their thinking. Every situation in life is a product of a thought. Every progress ever recorded was borne by a thought. Every accomplishment came as a result of a thought process. Difficulties become insurmountable when they are thought to be so. Similarly, difficult situations turn easy when the thinking about them change. So, the greatest task of a leader is to positively affect the thinking of his followers so that they can engage in activities that would catapult them from their current status to where they should be. A leader has the responsibility to help his followers knock the limit off their minds so that they can live their dreams.

Leaders positively affect the thinking of their followers when they do the following:

Build their self esteem

What a person is able to accomplish is a function of what he thinks about himself, how he sees himself. If a person has a healthy self esteem, there is no limit to what he can accomplish because he is bursting with positive energy. But when a person does not think much of himself, he is drained of energy and this puts a lid on what he can accomplish. This is where great leaders come in. Great leaders deliberately build up their followers’ self-worth to turn them into world beaters. They take the followers on a journey from the limitation they have placed on themselves to the point where every limitation is knocked off.

Helen Keller was born a perfect child but at the age of two, she contracted an illness that left her deaf and blind. So, right from that early age, she lost confidence in herself and expected to be subjected to pity and ridicule. But at the age of six, her parents engaged for her a teacher, Anne Sullivan, who herself was partially blind, having contracted trachoma as a child. Sullivan changed Keller’s trajectory, she boosted her self-worth, assuring her that being deaf and blind was not the end of the world. At seven years of age, Keller was enrolled at the Perkins Institute for the Blind. Later, she moved with Sullivan to New York so she could attend a school for the deaf. At 14, she was admitted to The Cambridge School for Young Ladies, and at age 20, she gained admission to Radcliffe College. She graduated from Radcliffe, cum laude, at the age of 24 as the first deaf and blind person to earn a bachelor’s degree.

Keller became a famous speaker, campaigning for world peace, civil rights, labour rights, women’s rights, and birth control. She was also a notable author and essayist. In 1964, she was awarded the Presidential Medal of Freedom by President Lyndon B. Johnson. In 1965, she was elected to the National Women’s Hall of Fame at the New York World’s Fair.

Helen Keller was transformed into a world changer by a leader who understood the magic that boosting the self-esteem of a mentee could accomplish.

Many people are unable to maximize their potential because of the belief that some hurdles can never be scaled. So, they either do not attempt great things or back off when they start out and encounter some difficulty. But it is the calling of leaders to change that. One of the ways great leaders affect the thinking of those they lead is to ingrain in them that nothing is impossible. Once a leader is able to achieve this, the followers do not get overwhelmed by difficult situations; they are encouraged to find ways to overcome the situations because they know that they have the capacity to solve the problem.

To bridge the gap between their followers’ reality and their potentiality, leaders must influence the behaviour of their followers. One of the major factors responsible for unrealized potential is cognitive dissonance. Everyone desires success but not everyone is willing to engage in activities that would transform the desire to a reality. So, there is a mismatch between their actions and expectations. This is what psychologists refer to as cognitive dissonance. When leaders notice this, they have to redirect their followers and help them to make the choices that would help them achieve their goals and maximize their potential. Life is run based on principles. Following the principles result in expectations being met, while ignoring the principles produce failed expectations. So, it is the calling of leaders to make their followers see this, encourage them to adjust and align themselves with life principles so that they can reach their maximum capacity.

Help them to properly manage time

To go far in life, one has to be able to manage time very well. Life is synonymous with time because life is calibrated in seconds, minutes, hours and days. Hence, some experts do not believe in time management, rather they talk about life management. But the fact is that to maximize potential, one has to make the most of time. Those who waste time end up being average. So, a leader has to encourage his mentees to seize the day every day. Those who waste time fritter opportunities and end up on the wrong side of life. Those who spend time underutilize opportunities and turn out as ordinary. But those who invest time maximize opportunities and become celebrated.

The average human being is hedonistic; he would rather frolic than engage in productive activities. He would rather procrastinate than get down to the brass tacks. Many people avoid doing the real thing that has the capacity to change their lives positively and keep procrastinating on the decision that can catapult them to their dream life. This is because most people abhor discipline. Without imbibing discipline, the best a person can be is average.

Leaders also influence their followers’ perspectives. A person’s perspective is his world view, his philosophy and guiding principle. Even when it is not verbalized, this, among others, determines a person’s status and station in life because it is largely responsible for what he does or fails to do. So, leaders have a duty to shape their followers’ perspectives so that they can attain the greatest height possible for them.

Value creation is herculean for some people because they cannot put others’ welfare or issues ahead of their own concern. To create value, you have to think less of yourself and your concerns and focus more on others. It is then that what you can do to improve their lives will become obvious to you. But the fact is that when you improve others’ lives, yours too will get better.

Leaders also have to influence the character of those they lead because the character of a person is who the person really is and plays a major role in who he will eventually become. Character is what speaks for one in one’s absence. So, whoever is not of good character cannot last the distance.

So, leaders have to help their followers by encouraging them to develop good character that would make them stand for what is right at all times and in all situations because it is only then that the realization of their maximum potential would not be hampered by a moral weakness.  Leaders need to let them understand that while developing a good character may be stretching at the outset, it is quite rewarding at the end because good character produces credibility and credibility opens the floodgate to great possibilities.

Lives are transformed when leaders deploy their influence positively.

Getting the best out of employees

Why some organisations remain poor

Avoiding the trap of analysis paralysis

The powerful and the forceful