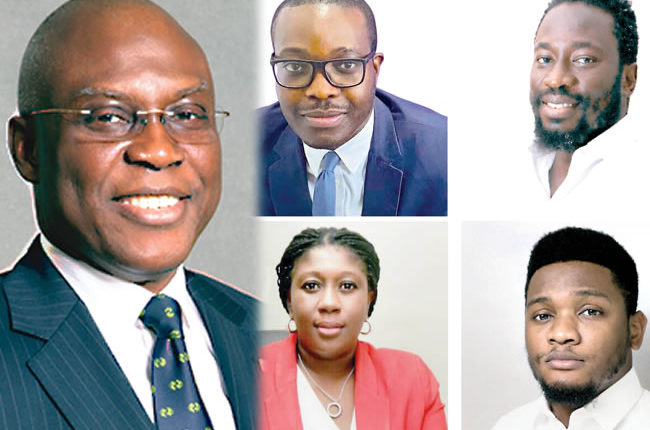 There are three critical stages in building a great organization. The first is vision casting, the second is strategy formulation and the third is execution.

Vision is travelling into the future to see what is possible. Without vision nothing great gets done. Great leaders always live in the possibilities of the future, not the limitations of the moment. They do not allow the realities of the present to muffle them, rather they are motivated by the prospects the future offers and allow the possibilities to dictate their course of actions. Vision is the compass that guides an organization into its desired destination. The vision encapsulates the aspiration of the organization; where it wants to be and what it wants to become. Without a compelling vision, a company cannot record sustained success.

Arthur Guinness had the vision of building a business that would outlive him and subsist for thousands of years. So, in 1759, Guinness, founder of Guinness Breweries which is now part of the Diageo Group, signed a 9,000-year lease agreement with the Irish authorities for St. James’ Gate, where the brewery is located, at IR£45 (Irish pounds) per year. Although the company later bought out the originally leased property years after the demise of its founder, the company was helped by having a founder who was thinking 9,000 years ahead. Arthur Guinness died at the age of 77 years but he had a plan in place for 9,000 years. That is the power of vision.

Execution is turning vision and strategy into tangible results. Execution is seeing to it that what ought to be done is done. Execution is the supervision of all the stages involved in the translation of a vision into reality with a view to ensuring that the envisioned becomes the reality.

Vision is good, strategy is great, but without execution both turn to ashes. Hence, execution is the major function of the leader. Unfortunately that is the least valued by many leaders.

Why execution is important

Bottom line: You do not get any value for an idea or decision you fail to execute.

The job of the chief executive is to translate a vision into executable ideas and ensure the execution of same. Doing this will involve the following:

One of the best things a leader can do for his organisation is to inculcate in his people a bias for action.

Organisations that thrive consistently are peopled mainly by men and women who are always on the go with respect to idea and decision execution. Once decisions are taken, such organisations pull out all the stops to ensure the execution.

However, some other organisations will go over a decision several times before any move is made to implement it. A decision would be subjected to several layers of meetings and series of analytical sessions before any action is taken on such decisions. But as observed by Peter Drucker, father of modern management, “Meetings are a symptom of bad organisations. The fewer the meetings, the better.” Drucker adds, “Meetings are, by definition, a concession to a deficient organisation. For one either meets or one works.” While no organisation can succeed without holding meetings regularly, when meetings become excessive they lose their essence because they rob the organisation of valuable time.

Getting the workforce into the action mode is the leader’s responsibility because it will impact on his own performance. Whatever a leader encourages grows and whatever he does not support heads south. Therefore, the leader must not hide his preference for swift action and his disdain for delaying action by mirroring speedy implementation of decisions. If the leader wastes no time in executing decisions taken, others will take a cue from him.

Communicate expectations and why

A leader can never over-communicate. As a matter of fact one of the basic responsibilities of a leader is to communicate the vision and the essence of the organisation to all stakeholders. So, a leader must never leave his people in doubt about his expectations of them. If expectations are not clearly stated, there will be gaps in execution. The leader and the team must be on the same page concerning what is expected of the team. If expectations are clearly stated, it becomes easy to measure performance.

But beyond just giving the team what is expected of them, it is important that the leader lets the people into why the organisation is taking the route it has opted for. The only way to get a buy-in from the people is to let them know why the plan is important and their role in its realization. As put by Friedrich Nietzsche, he who has a why can bear almost anyhow. If the team members are made to comprehend what the organisation is doing, why it is doing it and why their own role in its execution is important, it is almost certain that they will give their all to its success.

Parkinson’s Law states that work expands to fill the time available for its completion. This means that an assignment that could be completed in five hours could actually last five weeks if that is permitted by those saddled with that responsibility. In the same vein, the same assignment could be completed in four hours or less if those handling it would make up their mind to do it within that time frame. Therefore, a leader must always set the time within which a task must be accomplished and ensure strict compliance. Not only does this result in efficiency, it also leads to instant appropriation of opportunities.

The leader will, however, need to reward compliance with set deadlines as a way of building a culture of implementation in the organisation. Everyone who consistently demonstrates compliance with meeting deadlines on delivery of targets should be openly rewarded. Even without saying anything about those who fail to comply, the culture of compliance will grow because success becomes easily replicable when it is rewarded. This is because as many people as possible will stretch themselves to comply with set deadlines when compliance attracts a reward.

Don’t wait for everything to be perfect

One of the reasons that some organisations delay in taking actions on ideas and decisions is that they are waiting for the perfect time before stepping out. While crossing all the t’s and dotting all the i’s can confer incalculable advantage on an organisation, waiting for everything to be perfect can also cost a company untold fortune.

By contacting a lawyer to handle the patency for him, Elisha Gray did the right thing because lawyers are better placed to handle such matters but because he was more concerned about everything being perfect than he was about speed, he lost the credit for an invention he had invested his life in.

Napoleon Hill’s counsel is very apt: “Do not wait: the time will never be ‘just right’. Start where you stand, and work with whatever tools you may have at your command and better tools will be found as you go along.”

Every team member who knows he has to give a report about the task he has been assigned will endeavour to get the expected result. The tendency is to slow down and do what is convenient when there is no premium placed on the provision of feedback. So, to ensure that no room for failure is allowed, the leadership of the organization must put measures in place to assess progress on a regular basis. As explained by Louis V. Gerstner, former CEO of IBM, don’t expect people to do what you expect but what you inspect. To avoid having a plan that gets stuck along the way or that does not get executed at all, the onus is on the leader to always monitor and measure progress. If he does anything to the contrary the outcome will leave him disappointed, dissatisfied and disillusioned.

A leader who does not ensure execution of decisions and ideas lose the right to be referred to as the chief executive. What is the value of a chief executive that fails to execute ideas?