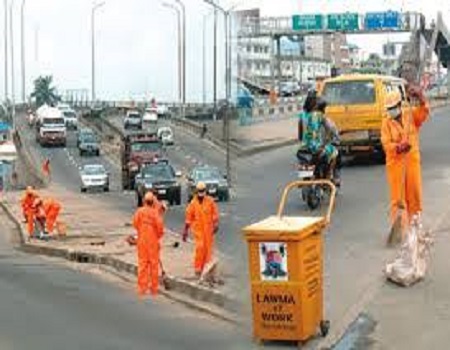 The Lagos State Waste Management Authority (LAWMA) highway sweepers have embarked on strike over the non-payment of their three months salaries.

Tribune Online reports that the sweepers also took to Twitter to protest the non-payment of the salaries on Tuesday afternoon.

A twitter user, identified as Postsubman, noted that the sweepers, who worked all through the lockdown period, are yet to receive payment for the work done.

– LAWMA officials dumps uniform, says they are no longer working after the Lagos State government failed to pay their 3months salary.

He added that the Lagos State government decided to sack them despite non-payment of salaries.

In the video posted on Twitter, the sweepers can be seen throwing down their uniforms stating that they are tired and that the government should take their clothes back.

However, the exact location of the protest is still unknown.