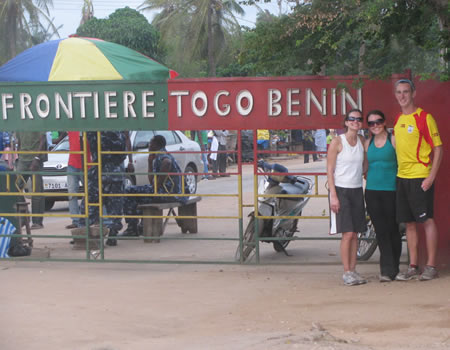 SHOP owners and traders at Pau area of Seme in Benin Republic are currently counting their losses, following the closure of the Nigeria-Benin border by the Federal Government.

Nigerian Tribune gathered that since the closure took effect, commercial activities have been grounded, resulting in poor sales and closure of shops.

According to a rice seller, Francis Abimbola, never had he been so hit, finding it difficult to sell five bags of rice in a day, adding that traders were incurring debt over credit facilities taken to run their businesses.

“Before the closure of this border, we used to sell about 100 bags in a day, but now, it takes even the grace of God to sell five bags in a day.”

Another trader, David Conde, recalled how Nigerians regularly flooded Seme market where they bought variety of items, which they transported back to Nigeria.

Conde said Nigerians were the heartbeat of Seme market, hence the hardship being faced by the ban placed on their further patronage of the market.

He added that since his boss had closed his shop, he was planning to relocate from the market to his village to look for alternative means of survival.

Conte, therefore, appealed to the two countries to consider the plight of the traders and resolve their differences amicably.

A business mogul, Alhaji Musa Kadiri, however, commended President Muhammadu Buhari, describing his action to save the depreciating naira and locally-produced items as patriotic.

The Okene, Kogi State-born businessman said the closure of border did not catch him unawares, saying smuggling had robbed Nigeria the revenue needed to improve infrastructural facilities.

“Imagine someone who has money to buy a car of N10 million but would not want to pay official duties but bring the car into the country through illegal routes,” he said.

LAUTECH will be solely owned by Oyo finally ― Govt