•‘I reported a criminal to a policeman but he asked me to arrest the person personally and bring him over. The situation is as bad as that’ 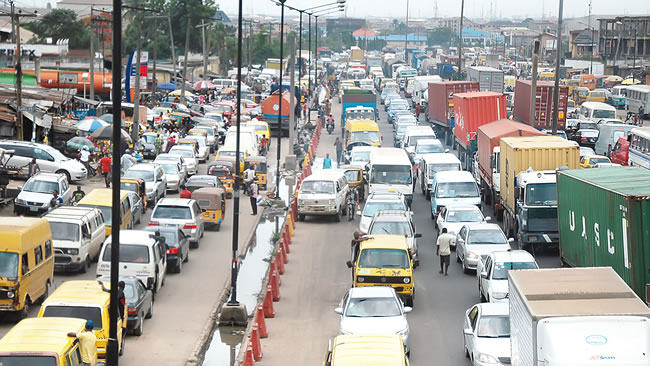 LAGOS residents have continued to grapple with the ripple effect of the EndSARS protests. Many are now lamenting increase in crime rate and worsening gridlocks across the state as a result of the lack of presence of policemen and other law enforcement agents in many locations.

The police and other law enforcement agencies have ordered their personnel back to duty but it is clear that the situation have not returned to the pre-EndSARS period. Commercial motorcyclists, popularly known as okada riders, have suddenly become emboldened as they now ply the restricted routes. Drivers now drive against traffic and cult members continue to dare law abiding residents of different communities.

A senior officer with the Lagos State police command, who spoke to Saturday Tribune on the condition of anonymity, said police presence might not be as impressive as it used to be before the protest but policemen have not completely abandoned the roads as being insinuated by the people. The police officer blamed the lack of police presence on the disbandment of some police units in the state as well as the destruction of police formations across the state. “Now there are no SARS, anti-cultism, anti kidnapping and other units on the roads. When you consider the strength of these units, certainly, their absence will be noticed,” he said.

The police officer added: “Twenty-eight police stations were burnt and vandalised and arms and ammunition looted. It is risky for officers of these burnt and looted stations to operate at full capacity. The things they need to do their job have been taken away. Do you want them to go and face armed robbers with bare hands? Do you want them to stay under the sun? And how do they patrol the areas when their vehicles have been burnt?”

Worried by the situation, the Assistant Inspector General in charge of Zone 2, covering Lagos and Ogun states, Ahmed Illyasu, charged policemen in the two states to have a change of attitude in the interest of the law abiding residents.

Saturday Tribune investigations revealed that unlike how it was before the EndSARS protests, team leaders are now reluctant to send their officers out for duty, especially ones that require them putting on mufti .This has been blamed on the recent attacks on policemen in different parts of the state.

A woman (names withheld) was reported to have gone to file a report at one of the specialised police units in Lagos after she was robbed of her four phones and other valuables by a gang of one-chance robbers in the Ajah area of the state. The victim was said to have begged the officer in charge of the unit to get her phones back, saying she had been assured that the phones would be tracked and the robbers would be arrested.

She reportedly quoted the officer in charge of the unit as saying: “We are going to do something but not now. I have disbanded the team that is responsible for handling cases like this. Now if I send them out and the armed robbers raised the alarm that they are SARS officers, what would happen? If my men react with force, people would term it abuse of office and even extrajudicial killing if, by any accident, somebody dies. How many people would want to believe that the policemen were doing their lawful job? People would trivialise the issue as being ‘because of ordinary phone.’”

The sharp increase in criminal activities and breakdown of law and order have been attributed to the withdrawal of law enforcement agents like policemen from the streets of Lagos following the confrontation between the EndSARs protesters and law enforcement agents which turned bloody after it was hijacked by hoodlums.

Commenting on the rise in crime wave in the state, a former military commandant of the Murtala Muhammed Airport, Group Captain John Ojikutu (retd), stated that over the years, the period preceding Christmas have always been targeted by criminals, even when the police were maintaining some level of security. Ojikutu, who is the managing director of a security outfit, Centurion Aviation Security Services, described the increase in crime rate as one of the incidental consequences of the EndSARs protests and stealing of arms and ammunition from police stations. He warned that if police and other security personnel were not urgently drafted back to work, the state might experience further upsurge in crimes.

Ojikutu stated that the absence of the law enforcement agents was the major contributory factor to the increase in criminal activities in Lagos. He said: “Unfortunately, the police are now major targets of our home-grown terrorists parading under EndSARS. It is difficult to differentiate between ‘normal’ street crimes and those within the ‘EndSARS’. Except for the presence of some military personnel, the police and other security agencies are off the roads and these include the FRSC and NSCDC.

“Their absence from the roads, especially at night, has compounded the rate of crimes and threats to vehicles and commuters. This would increase as we approach Christmas if the police and other security agencies are not returned to the streets with some consideration for their safety, too.”

Ayo Odegbenro, a trader at the Ojodu-Berger Market, described the near-absence of policemen on many streets in the state as worrisome. According to the trader, the step taken by Mr Babatunde Fashola when he was governor of the state brought relief to people living around Oworonsoki as crime rate dropped drastically. However, he said the crime rate in the area had gone up following the refusal of policemen to return to their duty posts due to agonies many of them went through because of the EndSARS protests.

“I can agree that lack of employment is also responsible for the growing crime rate in the state, because many graduates can’t find jobs to do, while costs of items continue to skyrocket daily. Those are some of the factors responsible for the growing crime rate in Lagos. But we should know that these criminals are perpetrating their evil acts due to the fact that the police have not returned to their duties. They continue to misbehave because they feel that nobody is watching or ready to arrest them,” Odegbenro said.

Commercial motorcycle riders who were once barred from plying Lagos roads are back. Many of them are daring the Lagos State government and its task force by plying roads in front and around the Alausa secretariat (the seat of government) and Ikeja Shopping Mall, locations they dared not ply before the EndSARS protest. They are now comfortably plying these roads without any challenge from the police or officials of the Lagos State Traffic Management Authority (LASTMA).

Upon inquiry by Saturday Tribune, one of the okada riders who refused to disclose his name said: “The police see us, do you see them pursue us? Wetin be your own?”

Another commercial motorcyclist described the okada ban as a thing of the past. He said: “We have come to stay. Do you see jobs anywhere?”

Also, at Ikeja under-bridge and Ojodu Berger Roundabout, okada riders had a field day on Wednesday morning as they plied their trade unchallenged.

An official of the Lagos State Ministry of Transportation who did not want his name in print said that okada riders were taking advantage of the just concluded EndSARS protest to return to the roads.

Asked what the ministry was doing to restore order, the official said the police under the task force were expected to do that but they were presently discouraged by the effect of the EndSARS protest on them. “I reported a criminal to a policeman but he asked me to arrest the person personally and bring him over. The situation is as bad as that,” he said.

I hope people’s voices are heard in Nigeria and they get results —Esther Agbaje, newly elected Minnesota Rep

We have malaria and typhoid fever every time, in fact, coronavirus lives here…

Without our votes in Yorubaland, Buhari wouldn’t have become president but what do we…