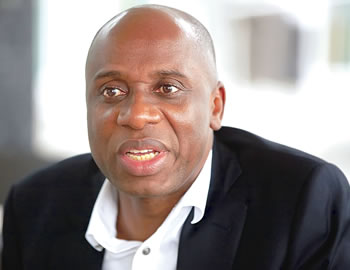 The Minister of Transportation, Rotimi Amaechi has disclosed that Lagos-Ibadan railway will commence passager service by 6th of February 2019.

Amaechi stated this on Friday after inspecting the ongoing work at the project site in Agbado, near Abeokuta.

This may be the last inspection before the Vice President,  Yemi Osibanjo flags off the service in the next few days.

According to Amaechi, “I am impressed and from what I see, the Vice President is still going to ride on the train on the 6th except he has other arrangements. Once the Vice Presidents flags it off, we will start using it and it will be free. The free ride will be for two months”.

“The Vice president is coming to flag off the passenger use of the first phase from Lagos to Abeokuta which will reduce passenger travel time from one hour to 45 minutes and the reason why it is 45 minutes is because people might stop in different locations”.

On other pending issues concerning litigation and compensation, Amaechi there said “there is none but if there is any, it will be inside the yard of Nigerian Railway Corporation (NRC) and there is one building that we are yet to pay compensation but it is not in court and we are still negotiating the compensation”.

The Minister said, “what gives me joy most with this project is the fact that I can travel from Lagos to Abeokuta in less than one hour”.

“The work is about 60 per cent completed. We presently have two coaches on this corridor but we know they won’t be enough, so we have directed that they should go and get more coaches from Itakpe-Warri since the passenger traffic on that corridor is not as high as what we expect here. So, we are expecting two more coaches.

On what will become of the Abeokuta to Ibadan axis, he said: “From what they told me, they think it will be quicker because the problem is always the civil work and they have gone far with it”.

Meanwhile, Amaechi refutes claims from some quarters that the commencing of the passenger service now even though the project is not fully completed has nothing to do with the forthcoming elections, but the urgent need to decongest Lagos traffic and make life easy for Nigerians citizens.

APC Convention: No one will impose Jonathan on Tinubu, Amaechi, others ― Lukman, NWC…