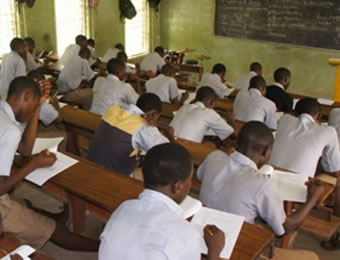 Lagos State government on Thursday announced the cancellation of resit examination of Secondary School Placement Test in the state.

Permanent Secretary of the State’s Ministry of Education, Mr Adesina Odeyemi, disclosed this at the end of a of stakeholders in the sector.

He said the cancellation was necessitated by the fact that most candidates scheduled for the re-write of the examination failed to show up after the government had invested heavily in human and material resources to re-conduct the exercise.

He urged parents to groom their children properly for the placement examination since there would no longer be the re-sit of the placement test.

“It is very important to impress it on parents and teachers to groom their children properly for the examination to ensure success as re-sits of the failed papers have been cancelled,” Odeyemi said, adding that anyone who failed the test would have to wait till the following year for another opportunity.

He stated that the annual Placement Test which qualifies pupils for placement into state secondary schools would come up in the month of July 2017, emphasising that it was mandatory for all pupils in public and private schools to attend the 6th class (Primary 6) and attain the minimum age of 10 years to be qualified to write the examination.

According to him, the test is compulsory for all Primary 6 pupils in public and private primary schools in the state whether they intend to attend public secondary schools or not, saying it was the only evidence of having acquired the First School Leaving Certificate of Education.

On efforts being made to curb examination malpractices, Odeyemi stated that the state had deployed Optical Mark Recognition machines to emboss pictures of the candidates on the registration cards to prevent representation by proxy.

According to him, the machine is also expected to randomise questions and answers to prevent cheating as well as brand question papers per candidate to discourage swapping.

He said the government, through the Ministry, had directed Head Teachers in public primary schools to ensure that no primary six pupil was left out of the test registration process.

Enugu APC urges Ekwueme to weep for Nigerians not PDP