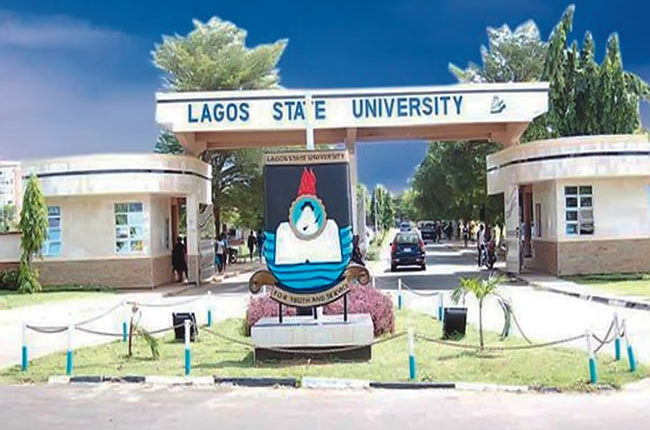 The Deputy Clerk of the House had during plenary on Monday 14th September read a letter signed by the Vice-Chancellor of the University, Professor Olanrewaju Fagbohun, and addressed to the Speaker, where he officially informed the Assembly of the ratings and thanked them for their support.

In celebrating the University, the Speaker of the House, Rt. Hon. Mudashiru Obasa said that the management and students of LASU deserve commendation for the height.

Obasa, who said that he was amazed by the level of development on his recent visit to LASU, urged other lawmakers to pay a visit to the university to see things for themselves.

“LASU had always been at the forefront in the past and regaining it is worthy of celebration.

“We must celebrate them and congratulate the man at the helms of affairs in the university, Professor Olanrewaju Fagbohun.

“We can get to the level of universities in the developed countries in the world. If we can get to that stage, we will save the funds being spent by our people to study abroad. We can get to a stage, where people can come to LASU for education,” he said.

The Speaker added that LASU was notable for the crisis by the students of the school, but that this is no longer happening in the institution.

While commending both the executive and the legislative arms of the state for working together on the institution, the Speaker directed that a letter of commendation should be written to the management of the institution.

ALSO READ: My agenda as chairman is to unite Ekiti PDP ― Kolawole

He further said that the university should be told that they could do better to be at the same level as other universities outside the country and attain international heights.

Commenting on the letter, Chairman of the House Committee on Education, Hon. Yinka Ogundimu said that the amendment of the law setting up the university, which he said gave 5 years single term to the Vice-Chancellor has greatly helped the university.

Ogundimu stated that with the amendment, the current administration is witnessing peace and academic excellence in the institution.

“The most notable is the peace in the Student Union of LASU that has been like that for four years. We cannot rule out the contributions of the leadership of the House under Professor Olanrewaju Fagbohun.

“LASU was also named as the centre of excellence. The university was able to attract some research grants by international research bodies.

“The students have been outstanding in various areas and about 70 programmes of the university are fully accredited such that people are willing to attend the university.

“A Lady from the University came out as the best medical student and one Ramota Adeola from the university became the best PhD Student in South Africa not to talk of the Speaker of the Lagos State House of Assembly and other members, who passed through LASU,” he said.

Hon. Gbolahan Yishawu, who also contributed to the matter, said that out of about 1,500 universities cutting across 93 countries, LASU was recognised and made the 2nd in Nigeria, 11th in Africa and one of the first 500 in the world.

Yishawu said that the assembly ensured that the university got the needed money for accreditation, and that LASU’s recognition as the 11th best University in Africa is a challenge to other universities in Nigeria, and that this is not the best the institution could do.

In corroborating the submissions of other lawmakers, Hon. Rotimi Olowo (Shomolu 2) recalled that the House stood its ground to ensure that LASU achieves its aim with the accreditation of more courses, which he said ended crises of non-funding and management issue in the university.

Also speaking, Hon. AbdulSobur Olayiwola Olawale (Mushin 2) said that the House Committee on Education was at the university on Friday 11th September and that they saw some construction works going on in the university.

The lawmaker said that the workers attested to the ability of the Vice-Chancellor, and commended the assembly for what it has done for the university.