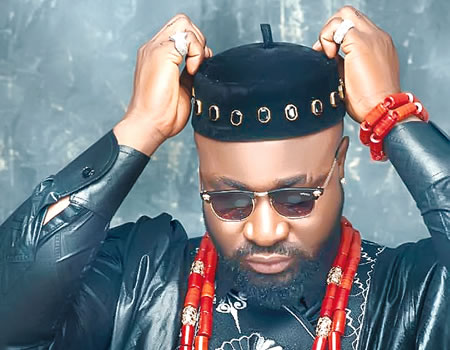 With no end in sight to the ravaging coronavirus that has crippled virtually all sectors of the economy and forced many Nigerian entertainers to stay home, the continued lack of entertainment activities appears to be taking its toll on many celebrities with many of them lamenting already.

While many artistes were forced to cancel their music tours across the globe, their colleagues in Nigeria have also been counting their losses as lack of shows and strict enforcement of lockdown in many states across the country simply means most of them are currently not finding it funny.

For some of the comedians who are regular anchors of events where they rake in millions of naira weekly, the last two months have seen many of them adjust to the reality on ground as their income continues to shrink.

In the early days of the lockdown, popular recording artiste, Runtown dolled out a sum of 10 million naira to some of his fans on different social media platforms just as he called on his colleagues to follow suit.

Days back, a popular celebrity, who didn’t want her name mentioned  informed R that if the lockdown in many states persisted beyond two weeks and the Federal Government does not put the economy back on track , many celebrities will struggle to keep up with the current lifestyle they are accustomed to.

Speaking on the impact of the pandemic on his craft, popular musician, Harrysong said he would not deny that he has been frustrated by lack of shows, insisting that the creative industry plays a big part in keeping the economy running but with the state of things, many artistes are currently worried.

“Don’t let anybody deceive you, the boat is gradually sinking. Those who were doing giveaways are no more doing it because they are gradually running out of cash but they won’t come out to tell you”.

A popular juju maestro in the city of Ibadan, Femi Solar intoned his frustration as well describing the situation many musicians who live on shows as terrible.

Solar who dropped his anticipated album High Rise weeks back said he could not launch the album because of the restriction, adding that he had released the album online and hoped that people would stream and download so he could make money.

Many nightclub owners are not finding it funny as they feared the worse was yet to come. With many of them currently not operating nightlife experience is gradually fading away from the memories of many night crawlers who are regular patrons of the club houses.

As Ondo governorship election hots up