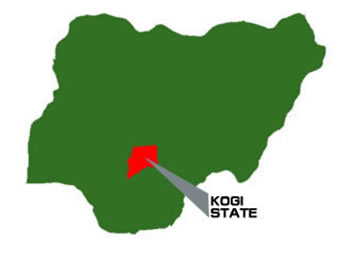 Twenty new cases of leprosy have been recorded in Kogi State according to the Kogi state program officer, Leprosy Mission Nigeria (LMN).

Briefing newsmen in Lokoja on Monday at the COVID-19 response palliatives distribution for communities of persons affected by leprosy and disabilities in Kogi State, the State Program officer, Leprosy Mission Nigeria, (LMN) Mrs Hannah Fashona explained that the new cases were recorded between January to November 2020.

Fashona who noted that the organization is determined towards ensuring that Nigeria is free from the disease added that the state referrer centre located in Ochadamu, Eastern flank of Kogi State had succeeded in treating some patients affected with the disease.

According to her, it is on record that due to fear and lack of knowledge, over 3 million people across the world are living with undiagnosed leprosy and every day the disease causes more damage to their health, livelihood and future.

The LMN program officer added that more than 600 people are diagnosed with leprosy in the world daily adding that over 50 of these are children.

She explained further that Leprosy Mission is embarking on daily research to achieve zero leprosies in the world.

Fashona, however, faulted the claim of the Federal Government that Nigeria has attained zero elimination campaign of leprosy in the country.

“The issue in Nigeria is not only limited to leprosy alone. The Federal Ministry of Health recently said they have recorded zero elimination campaign of leprosy, whereas, they in day out, we record new cases of which children are largely involved.

“Some of these patients don’t come when it is early, they come when it is either grade one or grade two disabilities. They must have gone round the whole herbalist before somebody will refer them to our referrer centre in Ochadamu for them to get a solution. The Federal Government has to come in to achieve that zero elimination campaign and should not be by lip service”.

Through raising awareness, prevention, treatment and follow-up, she noted that LMN will continue to support people so that they can leave normal life among their peers in the society.

On why Leprosy Mission Nigeria in collaboration with TBF Thompson Foundation was distributing palliatives to persons affected with leprosy and disabilities, Fashona maintained that Covid-19 pandemic has affected so many lives in the world including the rich, poor and the less privileged.

She said the palliatives will be distributed to the most vulnerable persons of leprosy and people leaving with disabilities in Kogi State.

” If this pandemic could cripple businesses, nations across the world, how much of these people of this calibre. It is obvious that their situation will terrible. This is why the Leprosy Mission decided to come up with this to cushion the effect of the outbreak of the coronavirus.

” As I speak to you, over 80 households across the three senatorial districts will benefit from this palliatives. This will go a long way at reducing hunger in the land” She averred.

Receiving the palliatives on behalf of the Kogi State Ministry of Women Affair and Social Development, the State Commissioner for Women Affair Hajia Fatima Buba who was represented by a Director of the ministry Mrs Adegbola Elizabeth Fumilayo thanked the donors for the kind gesture just as she tasked the beneficiaries to always remember them in prayers.

Adegbola, however, warned the beneficiaries not to sell the items at is meant for their household consumption.

In his goodwill messages, the chairman, Kogi NGO network Mr Idris Buraina lauded TLM Nigeria for their continuous intervention at ameliorating the sufferings of the less privileged in the state, stressing that, Civil Societies will continue to partner with them to achieve zero leprosy in Nigeria.

ASUU slams govt over commercialisation of education, insists on strike