Kogi guber: SDP will be on ballot ― INEC 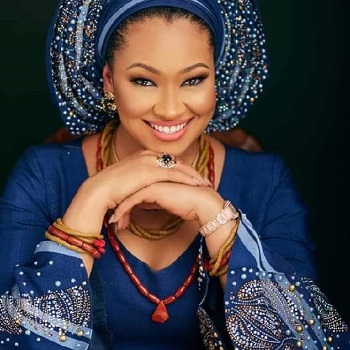 The Independent National Electoral Commission (INEC) has said the candidate of the Social Democratic Party (SDP), Mrs Natasha Akpoti would appear on the ballot on Saturday.

Chairman of the Commission, Professor Mahmoud Yakubu gave the assurance in his speech, on Tuesday, at the stakeholders meeting in Lokoja, Kogi State capital.

A Federal High Court in Abuja last Thursday ordered the INEC to restore the SDP candidate in the forthcoming November 16 governorship election in Kogi State.

INEC had earlier excluded Mrs Akpoti based on its claim that the party failed to meet up with the electoral body deadline for substitution of candidates, having disqualified her running mate, Khalid Ogbeche, underaged and consequently ineligible to contest.

Justice Folashade Ogunbanjo-Giwa in her ruling held that INEC acted above the law by refusing to accept the party and its candidate ‎for the poll.

She ruled that INEC had no power to disqualify any candidate for an election without the backing of a court order.

She ordered the Commission to put the SDP logo on the ballot papers to be used for the election.

Speaking yesterday, Professor Yakubu said his Commission has a consistent record of deference to court order but insisted that it would appeal the judgment.

He said: “I would like to assure the people of Kogi State that our preparations will not be affected by the judgement delivered five days ago in which a Federal High Court sitting in Abuja ordered the Commission to include a political party on the ballot. Although the judgement is at variance with the decision of another Federal High Court in Abuja delivered ten days earlier which affirmed the propriety of the Commission’s action in a similar case by another political party, INEC has a consistent record of obeying court orders.

“However, we will consider legitimate steps to address the conflicting judgements by courts of coordinate jurisdiction in the interest of our electoral jurisprudence.”

On the judgement by a similar federal high court in Abuja which yesterday disqualified the All Progressives Congress Deputy Governorship candidate in Bayelsa, Bishop Degi for providing false academic information to INEC, Professor Yakubu in a veiled reference said he would comply with judgement of Justice Ekwo which ordered it not to recognise any nomination from the APC.

“Furthermore, with four days to the Governorship elections, two more cases challenging the decision of the ommission on the validity of candidates’ nominations have been reserved for judgement in Bayelsa and Kogi States. In addition, there are twelve (12) cases of intra-party disputes filed by aspirants from different political parties challenging the conduct of their own primaries and nomination of candidates, some of which have been reserved for judgement in the next few days. I must admit that the plethora of court cases and conflicting judgements delivered on the eve of elections in Nigeria are stressful to the Commission and costly to the nation. However, I wish to reassure the people of Bayelsa and Kogi States that learning from experience, the Commission has taken steps to ensure that the elections on Saturday in the two States are not affected by any eleventh-hour judgement.”

The Commission restated its aversion to violence and voters inducements during campaigns and day of voting.

“Let me also reiterate that voter inducement in all forms, including vote-buying at polling units, is a violation of the law. The ban on the use of mobile phones and other photographic devices in the voting cubicles is still in force and will be strictly enforced and monitored.

“Recent reports of attacks on facilities and campaign materials in some parts of Kogi State reinforce rather than assuage our concern about violence during the election. I urge all stakeholders to continue to maintain peaceful conduct during the electioneering campaign. Political parties and candidates have the right under the law to freely canvass the support of the electorate. After all, the choice ultimately belongs to the people of Kogi State. No voter should be compelled or induced. Similarly, no candidate should be encumbered in canvassing the support of the electorate.”