Entertainment
By Segun Adebayo On Aug 8, 2021 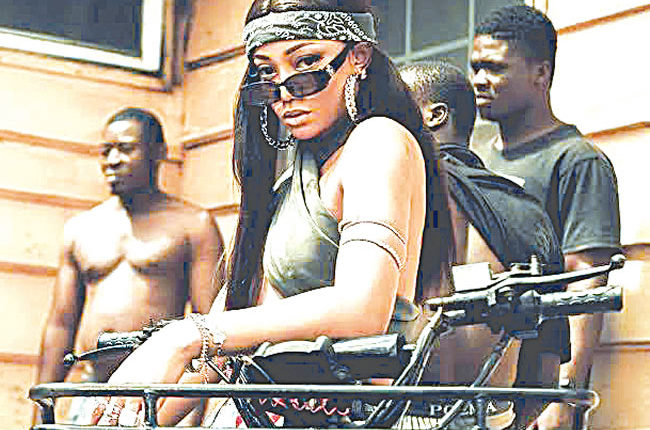 Break out artiste, Kessy Isong, otherwise known as Kess is fast making herself a known brand in the music industry as one of the female Afropop artistes to look out for. With good sound, energy and stage presence, Kess appears ready to push the envelope and change the narrative that female singers don’t always stand the test of time.

Weeks after assuring her fans that a new music and video would drop from her stable, the singer, on Friday fulfilled her promise with the release of an audio and video of her latest single, Like Dat with fans describing her new work as ‘genius and powerful’.

Kess said she decided to give her growing fans base a piece of music that is filled with positive vibes and energy as they go into the weekend, insisting that with the video also accompanying the song, her fans should have no reason to have a dull weekend.

Since she revealed her intention to keep her fans entertained, Kess has been putting a lot about her career, growth and aspirations in her work as these could also be felt in the new tune that is expected to reach over 10,000 streams on all platforms by the end of the week just as the video would enjoy airplays across music platforms.

Under the supervision of a new PR company, DAW Entertainment, Kess said described her relationship with DAW as one that should take her to new heights and help her fulfill her dreams and attain her goals.

“I am super elated about my new song, Like Dat. We decided to drop video and sound same day because there is no need to keep our fans waiting any longer. I have many of them ask me several times about my music plans and I am glad that I am beginning to show them that my team and I are loaded with music contents that wow them the more”, she said.

Music is my heartbeat —Seyi Shay