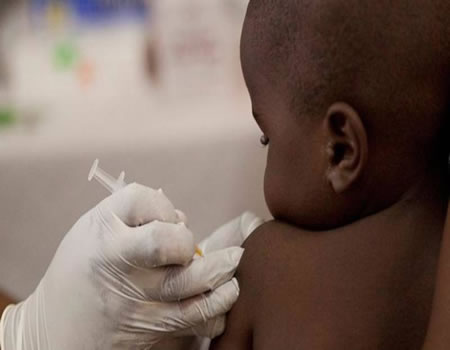 KANO State ministry of Health has said that over 2, 702, 844 children between nine months to 15 months have been targeted to undergo injectable vaccination during the 2019 measles vaccination campaign by the ministry.

Making the assertion on Monday, the Permanent Secretary of the ministry, Alhaji Usman Bala Muhammed, during a briefing with Journalists, on the preparations for the campaign, said the campaign has been scheduled for October 31 to November 12 2019.

According to him, Kano state has so far received over 2.9 million doses of measles vaccine from the National Primary Health Care Development Agency.

Alhaji Muhammed disclosed that “training at all levels has been concluded. Logistics and supports of partners have also been made available.

“Medical supplies and consumables required have been distributed to all the six respective zones and Local Government Areas cold chain stores as well as our over 1200 primary and secondary health care facilities across the state.”

He said the Ministry has already sponsored the training of 24, 500 health personnel to participate in the campaign urged parents and guardians to bring forward their children to benefit from the free injectable vaccination.

He, however, recalled that “records have also revealed that Kano state coverage during the last measles campaign in November 2017 was 75 per cent which is below the national agreed coverage of 95 per cent for children under the age of five years.

This coupled with the frequent reporting of suspected cases of measles necessitated the need for a quality statewide campaign with a view to reaching 95 per cent at all levels.

He hailed Governor Abdullahi Umar Ganduje for his immense support to the health sector, adding that, “I also wish to express our gratitude to Kano Emirate Councils and all other traditional, religious and influential people for lending a helping hand in improving the health status of the people of Kano state.”

Always be at alert for emergency, Red Cross appeals to Fire agencies

Over 3,000 lives are lost to suicide every day globally ― Report

WHO declares support for implementation of NHIA Act