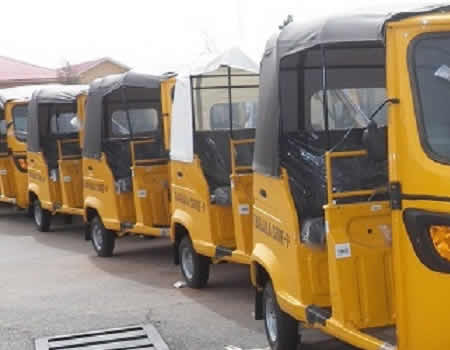 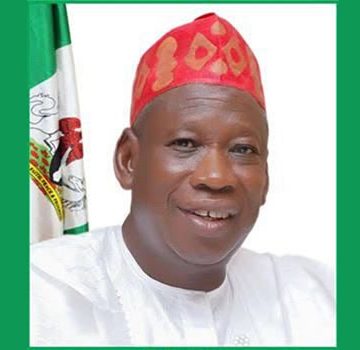 KANO State Government has trained and empowered 2,500 tricycle mechanics and operators in the state as part of an effort toward improving their skills.

Gov. Abdullahi Ganduje disclosed this while presenting empowerment items to 2,500 beneficiaries of the training programme at the Government House, Kano on Friday.

Ganduje explained that the programme was aimed at improving their business as well as boost the local economy.

He also said that the three months training was aimed at improving the knowledge of the local Keke NAPEP mechanics in the state.

“Our government attaches so much importance to empowerment programme because, at the end, the beneficiaries will be self-reliant,” he said.

He said that the beneficiaries were properly selected from the tricycle operators and mechanic associations across the 44 Local Government Areas in the state.

Ganduje also announced that the state government had given tax waiver to the commercial tricycle operators as from now on they would stop paying the N100 being collected from them daily.

NAN reports that the items distributed to each beneficiary include two tyres, a carton of engine oil containing 24 gallons and toolbox, among others.

‎Earlier, the Special Adviser to the governor on Automobile, Engr Idris Hassan, commended the governor for his foresight in empowering youths in the state.

Hassan urged the beneficiaries to make the best use of the training they received in order to become self-reliant as well as employers of labour in the state.

He then urged them to train others in order to translate the skills amongst the teeming number of unemployed youths to enhance their socio-economic status in the society.

Hassan also used the occasion to commend the governor for his efforts in empowering youths whom he described as future leaders in Kano and the country at large.

Musa Muhammad who spoke on behalf of the beneficiaries thanked the governor for the gesture and promised to use the items judiciously and for the purpose, they were given‎.