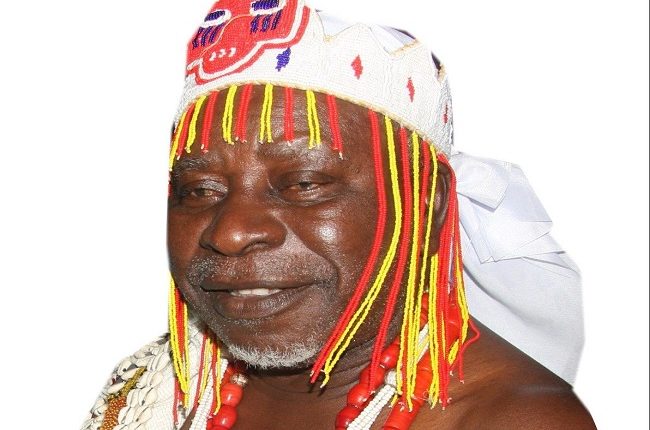 Aare Onakakanfo of Yorubaland, Iba Gani Adams, has expressed deep shock at the news of the death of veteran actor and film producer, the late Jimoh Aliu, describing it as a great loss to the Yoruba race.

Adams said this on Friday in a statement by his Special Assistant on Media, Kehinde Aderemi, declaring that the death of thespian had robbed the Yoruba nation of a true patriot and cultural icon.

The Aare Ona Kakanfo, while expressing shock at the news of the death of Jimoh Aliu, further described the late artist as a legend and one of the pioneers of contemporary and modern theatre.

According to Iba Adams, the late Octogenarian, while alive, made a remarkable impact in the entertainment industry with various epic movies to his credit, including, Arelu, Yanpon Yanrin, Fopomoyo and several others.

“I received the news of the late Pa Jimoh Aliu’s death with deep shock. He was one of those that we looked up to as our cultural Icon and ambassador, especially, in the entertainment industry, where he built a career spanning over six decades,” he said.

Adams recalled that Jimoh Aliu popularly called Aworo was full of life as he graced his 85th birthday celebration, adding that the artiste was part of the entourage to Ekiti when the Oodua Progressive Union (OPU) held it’s 2020 living him “with no feeling that that would be the last meeting between us.”

“He was the leader of all leaders, a deep thinker and culture aficionado. Our paths crossed very well on several occasions and we shared so many memories as father and son because of our beliefs and love for the Yoruba race.

“The late Jimoh Aliu was a true Yoruba son and patriot, his love for our culture, tradition and heritage was unparalleled and he was always available for us at every stage of our struggle.

“He gave us the necessary supports, counsels and prayers and I feel pained that we have lost such a resourceful personality, particularly, at a time like this when we will sorely miss his wise counsel,” Adams said.

He, however, prayed God for the repose of the soul of the late Aliu’s soul and give the family the fortitude to bear the loss.

The late Jimoh Aliu passed on Thursday at the Ekiti State University Teaching Hospital, (EKSUTH) Ado Ekiti. He was 85.