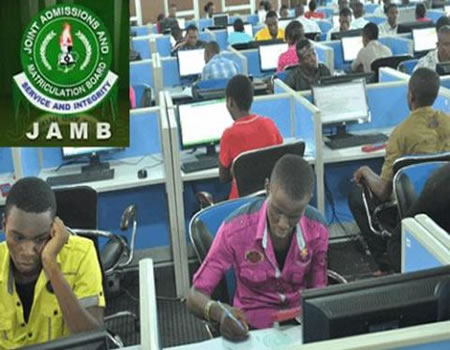 THE Joint Admissions and Matriculation Board (JAMB) says it has recorded a huge success in the conduct of Unified Tertiary Matriculation Examinations (UTME) in eight countries.

The board’s Head of Media and Information Department, Dr Fabian Benjamin, disclosed this in an interview with the News Agency of Nigeria (NAN) on Sunday in Lagos.

According to him, not less than 297 foreign candidates participated in the 2018 UTME in the countries conducted on Saturday, April 14, under the supervision of some foreign nationals, who came to understudy the process.

Benjamin said the foreigners were elated by what they saw that an African country could achieve and sustain such a feat.

“The examination was conducted yesterday in not less than eight foreign countries under the watch of some foreign nationals.

“As usual, it was well attended and very successful. All resources to ensure the smooth conduct of the examination were readily deployed by the board.

“We are indeed happy to have achieved yet another feat especially as we had people who came around to observe and understudy the process.

“They were happy as well as impressed with what they saw on ground. We know it can only be better because we have the capacity and all it takes to move this country to the next level” he said.

Benjamin said: “Again, we are not just conducting the examination in these countries because of the number of candidates that indicate interest but because we also want to showcase Nigeria’s giant strides in technological advancement on the global scene.”

Meanwhile, JAMB has distanced itself from a purported cutoff mark being circulated in some sections of the media, saying it did not emanate from the board.

Benjamin said no such cutoff mark, whether for programmes or institutions had been released by JAMB as was being speculated.

“We want to seize this medium to debunk such rumours as they are malicious and wicked as they are designed to defraud innocent Nigerians, especially parents and guardians as well as other stakeholders.

“No cutoff marks will ever be decided upon without the usual policy meeting which has been scheduled to hold sometime in June and which is to be chaired by the Minister of Education, Malam Adamu Adamu.

“Until that is done, every other thing that is being paraded as cutoff mark is fictitious and therefore, the public is hereby warned not to fall prey to these fraudsters.

“In the same vein, any institution that has commenced any form of admission without the official cutoff mark as would be decided upon at the June policy meeting is doing so illegally,” Benjamin warned.

He said as a board, the management would continue to uphold standards and due process to protect the integrity of its examinations and process.