Professor Osisioma Nwolise, who just retired from the Department of Political Science, University of Ibadan, speaks with DARE ADEKANMBI on Operation Amotekun launched by the South-West, detailing why it is necessary and clearing misconception about the idea as well as advocating the need for restructuring in all its ramifications, among others. 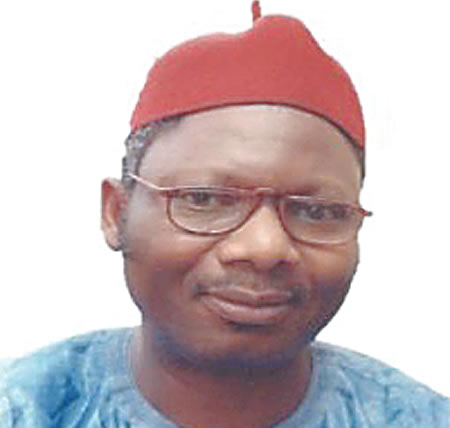 THE establishment of Western Nigeria Security Network named Operation Amotekun appears to have put to test the kind of federalism the country claims to run. What do you make of this?

Let me start by saying that I support Amotekun project 100 per cent because security of lives and property is the primary responsibility of any government worth defending in any part of the world. President Muhammadu Buhari came into office with a three-point agenda: security, economy and the war against corruption. He has done very well in the North-East fighting Boko Haram, even though we have not subdued them completely. But criminal violence is overwhelming the land, armed robbery, kidnapping, banditry and people are just being killed anyhow. Now, we are talking about herder-farmers’ crisis, people cannot sleep well and there is general insecurity in the land.

So, anything legitimate that will help the president achieve his security agenda is welcomed by me. What the South-West governors need to do quickly is to ensure the provision of law backing up Amotekun and continue to dialogue with the Federal Government on the relevance and importance and the strategic role that regional efforts can contribute in securing the country.

Coming to the issue of federalism, there are four big problems. We have the issue of jaundiced federalism that Nigeria has operated since Independence. I have always said and I have written severally that Nigeria does not have a federation because we know how federations are run all over the world. In a real federation, even universities establish their own police system. In our own situation, we don’t have a real federation as we don’t have a real Republic and a real democratic system. If we are running a proper federation, this debate about Amotekun would not arise because in every federation in the world, the component units, whether they are states of regions, have the right from the constitution to establish their own state police or what is called multi-level police system. Nigeria claims to be a federation but running a unitary system of police, which is a contradiction. The second big problem we are facing which has thrown up this issue of Amotekun is that our politicians and political leaders play politics with security issues. That was how Boko Haram issue was politicised between 2009 and 2010. While the country was burning in the North-East, the APC and the PDP engaging in accusation and counter-accusation until that section of the country became overwhelmed. Now we have Amotekun and our politicians are again politicising security matters. That should not be so. Every section of the country is to work with the president on the best way to secure the country. The Presidency is also supposed to work with every section of the country to aid him to secure human lives and properties. The third problem is that the police in Nigeria is not recognised, funded and reorientated as the lead agency for internal security. That is a very big problem. That is why the police have a big shortage of manpower, are ill-equipped, their barracks in a shambles and their morale too low.

From the days of Fredrick Lugard, the Nigerian State has always taken the military as the lead agency for internal security, which is very wrong. That is why today, the military is in every state of the federation, pursuing armed robbers, even cultists. It took military force to bring down the Badoo group in Ikorodu area of Lagos State. It took military force to bring down Osisikankwu in Abia State. That is not the job of the military. When Dapchi girls were kidnapped, people were asking where was the Nigerian Army? Is it the army that should go and guard the gates of secondary schools? Is that what we want to bring our army down to? People were not asking where were the policemen. They were asking where were the soldiers? The psyche of Nigerians has been tuned to believe that the army is in charge of internal security. The police is being neglected. So, it is our duty to let our politicians know that the army is for external defence and we should stop overusing and overstretching the army and overusing the soldiers.  We are also neglecting the police. The fourth problem is that there is problematic human intelligence for defence and security agencies in Nigeria. There is a big gap between Nigerians and the military and security authorities and personnel. That big gap is responsible for the inadequate human intelligence that is being supplied to defence and security agencies. So, Amotekun will function as a partner in progress with the police in securing Nigerians. It will serve as a sort of human intelligence and will go a long way to close the gap between defence and security agencies and Nigerians. Amotekun should be seen as a strategy of enhancement of human and national security in the country. Anybody opposing Amotekun is not a friend of the people and not a friend of Nigeria. What is important is to ensure that Amotekun and its operation be put in proper legal limelight. Amotekun is not for the Yoruba alone. There are people from other ethnic groups who live in Yorubaland. It is wrong for the Northerners to see Amotekun as a Yoruba outfit. It is for the protection of every Nigerian in the South-Western states. Those who say it will take over the job of police are mixing it up.

The Attorney-General of the Federation, Abubakar Malami, has maintained his opposition to Amotekun and his position has attracted criticisms, particularly those who think the Chief Law Officer has not voiced concerns over the establishment of Hisbah in the North-West and the arm-bearing civilian JTF in the North-East. What is your take on this?

The idea helping to promote national security in the North-East and the North-West with the establishment of civilian JTF and Hisbah in the North-East and North-West is also going to help in the establishment of Amotekun in the South-West. That was why I said the governors of the South-West should quickly pass the enabling law so that nobody will have any excuse to say it is an illegal outfit.

It will be double standard and injustice to allow Hisbah and civilian JTF to operate in the North and not allow Amotekun to hold in the South-West. I am very sure it is because the situation was very desperate that the governors did not wait to get the law passed before the launching. I think it is from than angle that the AGF may have been talking. But to say it is an illegal body because it is not in the constitution is not correct.  A federation is a federation; there is no half federation. If we want to run a federation, as I have been saying and writing in the past 30 years, let us run it properly or we run a unitary state and we know it is a unitary state. The practical reality of the wrong system of government we have been having since 1960 is just dawning on all of us. The Federal Government does not have the capacity to man and maintain adequate number of policemen the country requires. We can’t have police personnel of less than 500,000 policing a country of 200 million people. It is not possible. It is a contradiction to say we have a federation with a unitary system of police.

If after the law is put in place anybody is still saying Amotekun is still illegal, that will be double standard and injustice. And of course, Nigeria is full of injustices. The South-East, for example, has been left with five states, while some zones have seven and six states. Yet, revenue and political positions are shared on the basis of the number of states and local governments and number of zones. That is why it is often said that if anybody sees an injustice, they should oppose and challenge it. Otherwise, the injustice will go round. The women are being sidelined in politics. There is no social justice.

Some Northern leaders nurse the fear that Amotekun might be a ploy to the establishment of Oduduwa Republic and also achieve restructuring through the backdoor. Are these fears genuine?

The fears are not in any way genuine. Amotekun is not restructuring through the backdoor. Amotekun is not an armed military force. It is just like those who have been afraid of IPOB, which was proscribed. That is even another injustice because there are violent groups in the country which are not proscribed nor tagged as terrorist organisations, even though the United Nations has so termed them. IPOB that has not been violent was proscribed unjustly. IPOB is pursuing what I call ideological Biafra which is about injustice and does not involve carrying of arms. The geographical Biafra was fought for during the Civil War.

Coming to the issue of restructuring, this has many dimensions to it. The physical dimension is there, which is ensuring, for example, that all the zones have equal number of states.  If you look at the structure of Nigeria, the Eastern region and the Western region with Cameroon of old put together is far smaller than the whole of the North. It is like a gigantic structure pressing down on a tiny structure. Some may claim that states have been created and that therefore there is no structure. No, in the spiritual realm, it is still there. We have the fiscal aspect where the Federal Government has grabbed the juicy sources of revenue in Nigeria, leaving the component units with crumbs from the master’s table. This is not fiscal federalism. In real federalism, component units control their resources. So, there is need for restructuring in physical and fiscal terms. There is also legal restructuring that will also come. The Federal Government has so many items on the Exclusive List and there is no reason why states should not run train services for example. So, we need to remove some items from the Exclusive List and make it possible for states to do certain things. The Federal Government as presently constituted is overwhelmed. We also need to restructure our attitude.

Tinubu and the pangs of leadership