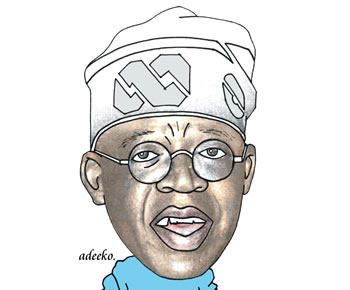 If the 12th Bola Tinubu Colloquium to celebrate Asiwaju Bola Tinubu’s 69th birthday was organised in the ancient and progressive city of Kano purposely to demonstrate the unity and oneness of Nigeria, it would appear that, that purpose was achieved bountifully given the huge success of the conference. Not only was the colloquium immensely successful with a rich collection of important dignitaries and first-class panelists in attendance and the high quality of ideas and recommendations thrown up on the pressing issues facing the country, the selection of Kano as host city for the colloquium was also highly praised.

President Muhammadu Buhari, who chaired the conference virtually from the Aso Rock Presidential Villa, said taking the event to Kano demonstrated true statesmanship on the part of Asiwaju Tinubu, the former Lagos State governor. Vice President Yemi Osinbajo said it was a pointer to the fact that Nigeria’s diversity is better harnessed as strength to further unite Nigerians. Commending Kano State Governor, Abdullahi Umar Ganduje, for hosting the colloquium, Osinbajo said the gesture would further deepen the essence of national unity. For the Emir of Kano, Alhaji Aminu Ado Bayero, the selection of Kano to celebrate Asiwaju’s birthday was a “testament to his love and quest for a united Nigeria.”

Monday March 29 was the first time the colloquium, that has over the years become a veritable platform for the fraternal exchange of ideas and views about issues plaguing the country, was staged in the core North. For the first time in its 12 years of commencement also, the colloquium was planned as a hybrid, taking place simultaneously at the Bourdillion, Ikoyi, Lagos residence of Asiwaju Tinubu, International Conference Centre, Abuja, and, of course, Kano.

However, there was no doubt that Kano was the centre of attraction. Physically present in the city for the conference were dignitaries, which included the Chairman, Caretaker Committee of the All Progressives Congress who is also Yobe State Governor, Mallam Mai Mala Buni; the host, Governor Ganduje; former Interim Chairman of APC & ex-Osun State governor, Chief Bisi Akande; the celebrator, Asiwaju himself, Chairman of Tertiary Education Trust Fund, Alhaji Kashim Ibrahim-Imam; former Chairman of the Economic and Financial Crimes Commission, Mallam Nuhu Ribadu, former National Vice Chairman, South-west of APC, Chief Pius Akinyelure; former governors, many senators and House of Representatives members.

Vice President Osinbajo, House of Representatives Speaker Femi Gbajabiamila, Secretary to the Government of the Federation Boss Mustapha, four state governors namely Dr. Kayode Fayemi (Governor of Ekiti State & Chairman of the Nigeria Governors’ Forum), Mr. Babajide Sanwo-olu (Lagos), Prince Dapo Abiodun (Ogun) and Alhaji Adegboyega Oyetola (Osun) as well as some former governors, ministers and senators who were on their way to Kano were forced to halt the journey at the Nnamdi Azikiwe International Airport, Abuja because of the inclement weather which disrupted flights. The governors instantly joined the colloquium by virtual means at the airport while others simply headed back to their offices to hook up.

Another remarkable aspect of the colloquium is the high quality of ideas and valuable interventions on national issues thrown up this year as in previous ones. For instance, President Buhari who stated that the theme of this year’s colloquium was very apt and timely emphasized the need for the country to remain together notwithstanding its challenges. Chairing the conference, the president noted that despite occasional tension in the nation’s history characterised by diversity of ethnicity, culture, language and religion, “Nigerians are better off and stronger together.”

Lauding Asiwaju, the president said the former Lagos governor had always been an advocate of unity and cohesion in Nigeria. “This has been a constant factor in his outstanding political career, from the time he served in the short-lived Senate of the Third Republic to his involvement in the struggle for the actualisation of the June 12 mandate of the late Chief MKO Abiola, to his much-acclaimed period of service as Governor of Lagos State from 1999 to 2007,” the president said.

“The ranks of Asiwaju’s political collaborators, whether as party members, comrades in the struggle, members of his cabinet, or his advisers, assistants and political associates, have always reflected a pan-Nigeria attitude. I believe all of us can also confirm that the same outlook of Asiwaju Bola Tinubu and other like-minded Nigerians eventually made possible the coalition of four political parties into what we now see as our great party, the All Progressives Congress,’’ he added.

Vice President Osinbajo spoke in the same vein too. According to him, what the country needs presently are patriots who are ready to work resolutely for a new Nigeria, “a tribe of men and women who are prepared to make the sacrifices and self-constraints that are crucial to building a strong society; who are prepared to stick together, fight for equity and justice side by side. A tribe consisting of professionals, businessmen, politicians, religious leaders and all others who believe that this new Nigeria is possible.” He said despite the various socio-economic challenges worsened by the fallouts of a global pandemic, Nigeria should avoid stoking tendencies, viewpoints and opinions that threaten the federation and Nigeria’s unity.

Some of the eggheads at the conference also harped on this matter of cohesion. Prof. Rodrik, in his keynote address, noted that the lack of social and national cohesion is a challenge for economic growth, explaining that although this problem is not limited to Nigeria or Africa as other advanced democracies also experience it, Africa only suffers more because of its ethnic-religious-linguistic divisions.

Professor Rodrik spoke on the topic: “Social Cohesion in Divided Societies. Answering the question “Is Diversity a Curse?» the Professor said the countries that are much more diverse or fragmented in terms of ethnic or linguistic groups tend to perform worse in terms of economic development. “The general message is that counties that are more fractionalised in terms of ethnic groups or with much more ethnic heterogeneity tend to have high levels of poverty and deprivation and low levels of economic growth and productivity. Many African countries fall in this group. There is evidence that ethnic-religious-linguistic divisions leads directly to racism, discrimination, low trust, poor social outcomes, under-provision of collective, public goods, inequality, low growth ethno-national chauvinism, divisive politics, nativist (right-wing) populism and bad politics.”

According to him, “On average, participatory democracies produce greater economic stability and (perhaps) higher economic growth. They are better at avoiding large mistakes and they respond to external shocks better, especially in divided societies.» While arguing that democracy is the best way to ensure national cohesion, using the example of how democratic countries had responded better to the COVID-19 pandemic than authoritarian regimes, Prof. Rodrik noted that democracy is not only about elections, “it is about protecting the rights of the minority including the rights of the ethnic and religious minorities”. While arguing that the infusion of social conflict is not necessarily disruptive to any society, the professor advocated inter-ethnic equity, spatial integration and an all-embracing politics as panacea for peace.

Prof. Olonisakin from King’s College, London urged Nigeria to listen to the conversation from the youths, from the streets in building cohesion. Recalling the EndSARS protests by youths, she pointed out that by their protests and demonstrations against the excesses of the police and their demand for radical change, the youths were passing a message. “The Nigerian government should listen to and hearken to this conversation.”

In his remarks, the celebrator, Asiwaju Tinubu, urged the Federal Government not to inflict stiffer economic policies on Nigerians, pointing out that the citizens were already going through devastating pressure. Speaking extempore, he said: “What Nigerians need is economic stimulus and not austerity measure capable of driving the country deeper into poverty. Nigeria is under-policed. We are competing with armed robbers and bandits to recruit from the youths who are unemployed. Nigeria’s unemployment rate recently hit a new record high at 33.3% in the fourth quarter of 2020.

“With the high unemployment rate, some have feared that many youths who are out of jobs might turn to social vices and ills including banditry in the Northern parts of the country. It is time the Buhari administration addressed the situation so as to improve the standard of living of the citizens.” Saying Nigeria is a sovereign state and could engage in large stimulus spending without bothering about balanced budgets unlike states and Local governments, Tinubu advocated an employment policy wherein a vast number of the nation’s youths could be recruited into the army, police, other security agencies and all aspects of nation-building ranging from infrastructural development to agricultural modernisation.

In the end, the consensus among participants at the gathering was about the need for a new national integration and genuine rebirth to steer the country away from a threatening ethnic and religious fragmentation. The 12th Bola Tinubu Colloquium lived to its billing again this year. The conference was initiated in 2009 to celebrate Asiwaju, propagate his ideals and provide a platform for exchange of ideas on national issues. It has been held since 2009 except last year due to the COVID-19 pandemic.

For Asiwaju, the road to this year’s colloquium was laced with a plethora of activities from Kaduna to Kano. Two days to the event, he was in Kaduna where he chaired the 11th annual Arewa House Lecture on the theme “Reduction of the Cost of Governance for Inclusive Growth and Youth Development in Northern Nigeria in a Post-COVID-19 era.” On Sunday, the eve of the colloquium, he paid a courtesy call on the Emir of Kano where he again canvassed unity. He urged Nigerians to strengthen the bond of unity among them to ensure prosperity of the country. The nation, according to him, was at a critical stage in its history where unity and understanding were required to move it forward. From the Emir’s palace, Asiwaju proceeded from one part of the state to another to inaugurate the numerous projects put in place by Governor Ganduje.

The attempted crucifixion of Nasir El-Rufai

Of Nigeria’s nationalism and democratic ethos in Chad