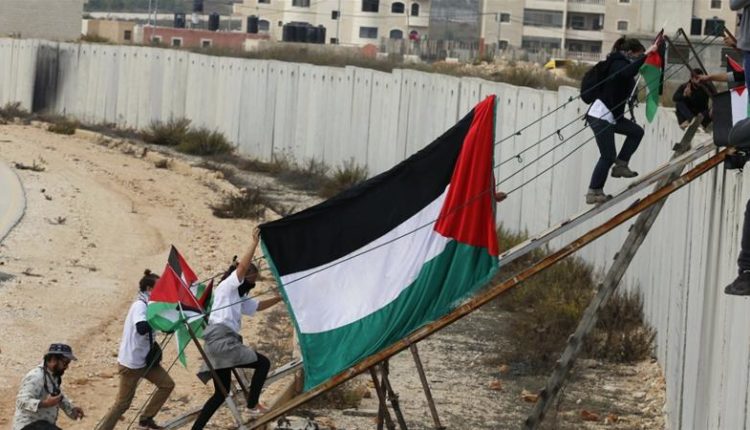 In the occupied West Bank, the long, concrete separation wall winds through the landscape, slicing through Palestinian communities, agricultural fields, and farmlands in a steady manner.

The wall, which Israel began constructing in 2002 at the height of the second intifada, has been described by Israeli officials as a necessary security precaution against terrorism.

Palestinians however, have decried the wall as an Israeli mechanism to annex Palestinian territory, as it is built deep within the West Bank and not along the 1967 Green Line.

While the decision is non-binding, it found the wall violates international law and called for its dismantlement. It also ruled that Israel should pay reparations for any damage caused.

A month after the ICJ decision, the UN General Assembly later voted overwhelmingly to demand Israel to comply with the UN’s highest legal body.

The vote called on UN member states to “not to recognise the illegal situation resulting from the construction of the wall in the occupied Palestinian territory, including in and around East Jerusalem” and “not to render aid or assistance in maintaining the situation created by such construction”.

However, Isam Abdeen, an advocacy lawyer for Palestinian rights group Al Haq, said little action has materialised on the ground since then.

“There is still a lack of willingness to implement international resolutions,” he told Al Jazeera from the occupied West Bank city of Ramallah.

Fifteen years on, the wall has continued to cut through Palestinian communities, taken over natural resources in the occupied West Bank, and has annexed Palestinian land, including areas where Israeli settlements are built on.

“Israel has continued to build and expand the separation wall and has acted as though the ICJ decision did not happen,” Ghassan Daghlas, a Palestinian official who monitors settlement activities in the northern West Bank, told Al Jazeera.

“This has resulted in the strangulation of the West Bank, and has affected the course of life for Palestinians,” he said.

Daghlas said Israel’s complete disregard for the ICJ ruling shows that “it considers itself above international law” and has no qualms in showing its true “racist, apartheid” face to the international community.