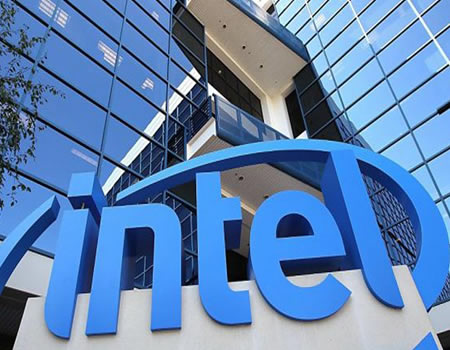 The multimillion naira Health Centre, set up to provide high quality, comprehensive primary and preventive medical care, was donated to the community by INTELS as part of the company’s corporate social responsibility.

The new facility, which consists of an operating theatre, consulting room, five wards including a labour ward, is the first of its kind in the community.

The General Manager of INTELS Nigeria Limited, Mr Silvano Bellinato, who was represented at the handover ceremony by Philip Embledon, commended the community for cooperating with the company in the actualization of the Health Centre.

The Manager, Government and Public Affairs of INTELS, Mr Rexford Asaikpuka, said the company embarked on the project after carrying out a need analysis of the Aruakpor-Umah community.

Delta 2023: I’m not stepping down for anyone, NNPP guber candidate cries out

He said, “We decided that the best thing to give to this community is a Health Centre as the nearest Health Centre is far away from here. Amenities like this are important in the Niger Delta due to the nature of the environment. We need facilities like this to improve on our health.”

Asaikpuka said the company has adopted an Integrated Partnership Approach (IPA) to its CSR. The approach, he said, enables it to enlist the active participation of its host communities. He said the approach is predicated on three objective planks of empowering host communities through the provision of employment and welfare to the people; planning and executing integrated community development programmes with full community participation, and adopting best practices that guarantee community friendly relationship and peaceful co-existence.

In the words of Chief Newyear, “The construction of this Health Centre is a local government project but as INTELS has decided to assist us as part of their CSR. We are thankful.

“The management of INTELS has enjoyed a peaceful environment in this community; this is a pointer of your success in creating an enabling environment for the advancement of peace and understanding.

“I urge the community leaders and residents to do their very best in maintaining this facility and equipment. This would encourage other stakeholders and the government to do more.

“On behalf of the local government council, I pledge that we shall maintain this facility and the equipment therein to the best of our ability.”

Also speaking at the handover ceremony, the Head of Ekpan community, Chief V.E Otomiewo, urged youths in the area to jealously guard the new Health Centre and ensure that the equipment are not vandalized.

While commending the company for investing in the health care of people in the community, he said, “We must not allow INTELS to regret this gesture.”

The Ovie of Uvwie Kingdom, His Royal Majesty Emmanuel Sideso, who was represented at the event by Chief U. K. Okowe, also commended INTELS for the gesture.

INTELS Nigeria Limited, which has been in the forefront of empowering women, youths and communities in the Niger Delta, has won several awards and commendation, at both national and international levels, for its exemplary corporate social responsibility initiatives.

Recently, the company was honoured by the Nigerian Shippers’ Council (NSC) – an agency of government under the Federal Ministry of Transportation – for its outstanding contribution to the development of its host communities.

Also, the Paramount Ruler of Onne Clan in Rivers State, King John Dennis Osaronu, recently commended the company, describing it as “a company Nigerians must be proud of.”

He said INTELS has provided roads, drainages, streetlights, medical services and several other amenities to the community. He also commended INTELS for empowering women and youth in the community.

INTELS Nigeria Limited developed and operates its major base within the Oil and Gas Free Zone, Onne, Rivers State. The company is also a concessionaire to the Nigerian Ports Authority (NPA); operating dedicated oil and gas terminals at the ports of Onne, Calabar and Warri.