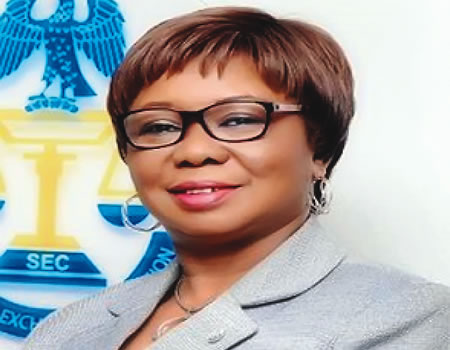 Acting Director-General of the SEC,  Mary Uduk stated this at the annual conference of the Capital Market Correspondents Association of Nigeria (CAMCAN), in Lagos on Saturday.

Represented by the Head External Relations Department of the SEC, Mr Sufian Abdulkarim, Uduk said international capital markets are the largest and deepest pool of financing in the world, and in conjunction with local capital markets, which represent an essentially untapped source of funds for infrastructure projects, they can make a huge contribution to economic development, if effective transaction structures are developed.

Uduk said the government cannot be the sole provider/promoter of infrastructure projects, adding that private sector investment in infrastructure sector is also required.

“The capital market provides an enabling environment for private investments in infrastructure projects and the SEC is doing its part to foster this through the implementation of the Capital Market Master Plan (2015-2025). The plan’s major objective is to transform the Nigerian capital market, making it competitive, while contributing towards the nation’s development through funds mobilization.

The Acting DG said the Nigerian capital market has been used as a source of raising funds as early as 1946, when the colonial government floated the first loan stock worth £300,000 to fund its local administration adding: “Today, the Nigeria capital market has broadened and become more sophisticated as a result of various development initiatives advocated by the SEC.