Mr. Jimoh Raheem Agboola, a member of the Peoples Democratic Party (PDP) in Kwara State, contested for the Ilorin South constituency seat in the last House of Assembly election. He has found himself entangled in a sort of legal labyrinth occasioned by the confusion in the candidature of the All Progressives Congress (APC) candidate in the election. In this interview by SAM NWAOKO, he tells his story and what he thinks is the way forward. Excerpts: 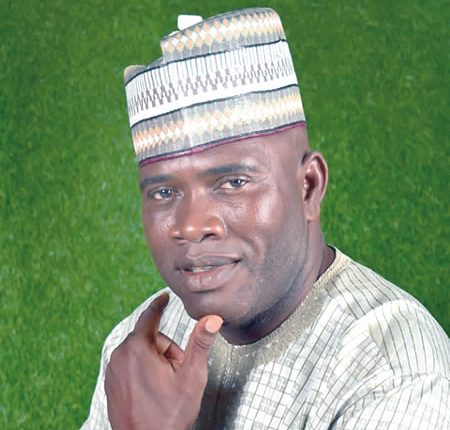 When the election you partook in was conducted and concluded, who was declared the winner?

The person declared winner of the election was Shehu Sulaiman of the All Progressives Congress (APC). He was declared the winner after the conduct of that election and that was the genesis of the entire issue.

If the declaration of Sulaiman as the winner of the election is the issue, did you contest his victory at the election petitions tribunal or what is the bone of contention?

The bone of contention then was that the man in question was not eligible to contest the election ab initio because he did not have the requisite qualifications. In fact, we discovered that he forged some of his certificates to pretend as if he was qualified to contest for and occupy that position. So we contested his eligibility at the election petition tribunal.

So, what did the tribunal say? What was the verdict of the election petitions tribunal?

You are saying that the court ruled that the APC had no candidate since there was a time lapse in the substitution of its candidates?

Yes. That was the case because time had lapsed. Of a fact, after the first of the elections in the 2019 general election, that is the National Assembly and presidential elections, that was when they went to court to substitute the name of their ineligible candidate at the INEC. The judgement they got at the court was that the new man was their candidate on the grounds that the name of the first man was submitted in error.

What then happened, because this is kind of winding?

The judgement of the tribunal was that as at the time of that election, the APC had no valid candidate for the House of Assembly election for Ilorin South constituency. It ordered that we should go for a rerun that would be between the PDP and other political parties without the APC.

So, who now doesn’t want a rerun?

The APC went to the Court of Appeal on the ground that its candidate was legally substituted at the INEC. The APC also brought before the Appeal Court the argument that we did not join its new candidate, the man who replaced Sulaiman, Hassan Elewu, in our petition. That was their ground of appeal.

Our own ground of appeal was that as at the time we went for that election, the APC did not have a valid candidate as pronounced by the tribunal. Secondly, we presented an argument that there was no rancour during the election, that the election was free and fair and therefore did not warrant a rerun. We asked the court to declare us the winner being the runner-up in the election with the highest valid votes.

Your contention is that by that time too, Hassan Elewu had not emerged as a candidate? We need clarification?

So, at the Appeal Court, their own appeal was dismissed and we were awarded a cost of N50,000 on the ground that Section 285 of the Electoral Act which stipulates that nobody can be declared a winner in an election until he or she had gone through all the processes. Since Hassan Elewu was not known to the INEC and did not go through all the election processes, he cannot be validly declared a winner. So the Court of Appeal turned down their request but granted our own request on the ground that we scored the highest lawful votes.

So, after all these, has INEC said anything? Has there been intervention from the commission? Have you been issued a certificate of return?

Has the INEC complied with the orders?

INEC has fully complied with the court orders by issuing me a certificate of return. The matter has left the hands of INEC because the commission has obeyed the orders of the court.

Where now lies the problem since you have a certificate of return?

The problem now is with the House of Assembly. They have refused to comply with the orders of the courts.

Why has the House of Assembly refused to accept you, or what is the problem there?

Which judgement are they seeking its interpretation?

Isn’t the Court of Appeal the highest place issues such as yours could be heard?

So, what is now your case; what is your next step?

On my part, we took steps to seek a political resolution of the mater because we are one. I consider it that we are one in the state. I am even one of the stakeholders in the House of Assembly because I had served there between 1999 and 2003. However, we found that all efforts, all means to speak with the Speaker was rebuffed and all our efforts proved abortive. So, we have resolved that we will pursue our case legally in the courts. All ways I tried to meet with the Speaker was blocked. So we are going the way of the courts to seek a final resolution.

Were you joined as a respondent in the fresh case filed at the high court?

Yes, I was joined. But we filed preliminary objection; INEC also filed a preliminary objection because we both feel that the high court where the matter was taken back to, has no jurisdiction on the matter after the Court of Appeal had decided on. That is what we are contesting at the federal high court now. It is coming up this January, precisely on the 20th of this month.

Real reasons I should be next Lagos East senator —Abiru

Emphasis should be on restructuring, not where 2023 president should come from…