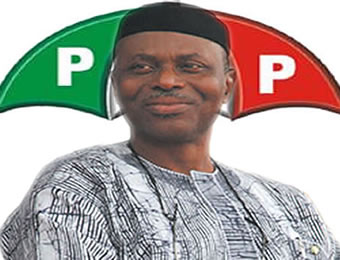 Governor Olusegun Mimiko of Ondo State, on Tuesday, identified high level of indiscipline as one of the challenges affecting the Peoples Democratic Party (PDP) in the country, stressing  the dire need to inculcate discipline among the ranks and files of the party.

Mimiko, who stated this in Akure, Ondo State capital, during the inaugural meeting  of the PDP South-West executive, called on the leadership and members of the party in the zone to embrace discipline and place the party above personal interest.

He noted that the high-level of indiscipline in the party  led to leadership tussle within the party at the national level, saying the effect was also noticeable in the various states where crises persisted.

The chairman of PDP Governors’ forum described the 16 years of PDP administration in the country as unequal in the history of political parties in Africa, saying the party remained the only party that had brought the people of the country together.

Mimiko, however, raised fear over the future of the party if the leadership and members of the party failed to come together and described the negative forces militating against the development of PDP  as centrifugal forces.

He identified the incessant legal suits in the courts by members of the party as aberrations from party rules and regulations.

“These achievements, nobody can whisk away, irrespective of what you say about PDP. If there is anything anybody cannot take away from PDP, it is the fact that in the history of this country, there has never been any party, perhaps, you can call a true Pan Nigerian party that has brought the country together as a nation. Forces acting within PDP, are centripetal, bring people together.

“One of those weaknesses is this demonic propensities to rush to the court for issues that can be settled within. I think the level of indiscipline in PDP is the number one challenge we have.

Mimiko, who said if he had the opportunity to re-write the constitution of the party, “I will write in capital letters that anybody that rushes to the court should be expelled because that is the demon we must exorcise from PDP if this party must progress.”

He, however, said strident circumstances would also be spelt out for litigation for internal issues, noting that in democracy, party members must forfeit their fundamental human rights for the collective progress of the party.

“The moment you decide to join a party, you have given some of these rights to that organization. I will write in capital letter, anybody that rushes to the court without fulfilling these clearly stated conditions, will be summarily dismissed from the party.

“Unless, let me repeat it, unless we exorcise this demonic tendency to rush to the court, this party will never find its feet: the future is jeopardized, the future will continue to be uncertain.”

Unprovoked attacks on Christians no longer bearable —CAN