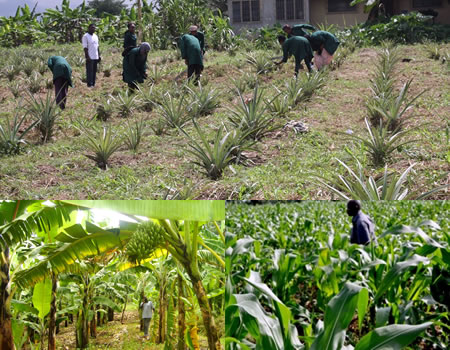 Agriculture is a very old human activity. The first humans who lived on earth obtained their food by gathering fruits and leaves. They were not sure they would get enough except they worked hard at collecting the fruits while moving from one place to another.

As time went on, these early people started to recognize the plants they like. So they began to learn how to grow these plants in one place. These places eventually developed into villages. It can also been seen that the settlement of human was based on primitive agriculture. Farming is very important not only for our lives but also for the entire nation.

In our country, Nigeria, over 70 per cent of Nigerians live in rural areas and most of them are farmers who are involved in agriculture. Farmers produce the food items we eat everyday. We also need these foods to sustain our energy for work; but, nowadays, people don’t want to venture into farming again thereby increasing the rate of unemployment in the country when technology has taken over virtually everything and also government jobs.

Many African countries cannot produce enough food for their people, and such countries usually import food items from other countries, which is not very good. Even in Nigeria, people no longer want to farm again and it has increased the rate of unemployment among the youths.

Farming is a good source of income when it comes to subsistence farming. In that way, they will be able to take care of their families with what they planted and sell the rest, therefore there will not be many unemployed people, especially among the youths.

The government should also encourage farmers especially in the period of border closure. Farmers should put more effort in the areas of food production especially rice so that there will be more food in the country.

My advice to the youths and even the public is to join hands with the smallholder farmers so that there will be a major growth in Nigeria`s economy, thereby reducing the number of youths who join insurgent groups.