I used money for clothes, shoes to buy guitar —Samwise

Entertainment
By FAVOUR BOLUWADE On May 23, 2020 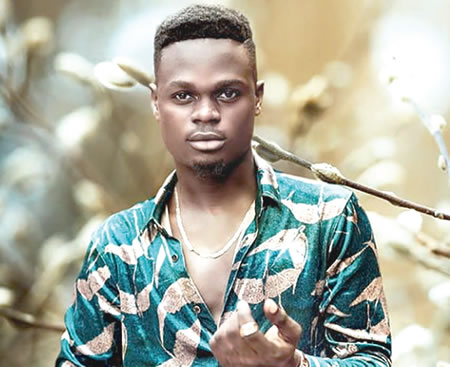 Olayemi Iyiola also known as Samwise is a songwriter, vocalist and web developer. He recently released his first single and it’s being streamed across many platforms. He speaks with FAVOUR BOLUWADE on his aspirations and plans to be significant in the music industry.

Why did you venture into music?

I have always known that I would venture into music from childhood. I got inspired by my environment. My dad used to play songs from Lagbaja, King Sunny Ade, and a whole lot of other great artists that fuelled and inspired my interest in music.

As aforementioned, I am a graduate of English and I am into graphics but music is what gives me ultimate fulfillment. Life is short! So, I have asked myself countless times, “What would you like to be remembered for?” I have come to an agreement with myself that music is my only escape and ultimately what makes me happy. I love to make good music. I am working on my sound and trying to make sure that I have good significances that shape modern African popular music genre.

Which other artistes have you worked with?

None, I have just started my career and released two songs

What hopes do you have in this career path that has kept you going?

While I was a kid, I knew deep down in me that I’d do music eventually. So, one day, I bought a guitar with some money meant to be used for buying clothes and shoes for me. My mum got really infuriated and almost broke the guitar. But she noted my passion. It took me only 7 days to learn and play the guitar. Eventually, she then supported me and put me in a piano class. I quickly learnt as well. So, what has kept me going is the fact that I understand that progress requires sacrifice. I made some sacrifices and got needed results. So, I thought if I could do all that is needed with my music as well, I would become a star someday. I am a dream chaser.

What message does your EP have in common?

The title of my EP is “The Dream EP” I have released two songs so far from the EP, ‘Cunning’ and ‘One Man’. Ultimately, the message passed in The Dream EP encourages young talents like me to go after their dreams. After all, it’s only one life. So why not live well, be remembered for something and be fulfilled.

What are you doing to carve a niche for yourself among other musicians?

I am simply trying as much as possible to be unpredictable and classical. As well, write and sing peculiar songs only to impart and impact. I am still an independent artist; hence I am looking for a record label deal.