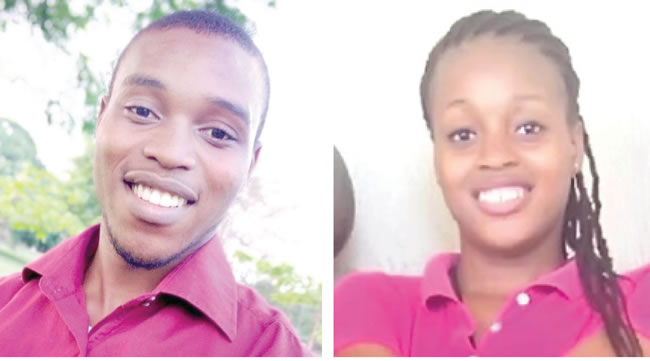 ADELOWO OLADIPO writes about the flood disaster in Suleja, Niger State penultimate weekend during which a family lost four children and a wife, among other tragedies that followed the unexpected disaster in the town.

WHEN Dr (Mrs) Peace Igboamara, a medical practitioner working at the General Hospital, Suleja, Niger State received a call on Friday, July 24, 2020 that one of her daughters, Destiny Igboamara was ill and she eventually came home to see her, little did she know it was the last time she would see her and three other children alive.

Insiders told Sunday Tribune that Dr Igboamara’s relationship with her husband, Mr. Thank God Ebubedike Igboamara, from Abia State who has been residing in Suleja for about 12 years, is currently going through a turbulence which does not make her live under the same roof with him.

As a result of the strained relationship with her husband, Mr Igboamara, who is into pharmaceutical business, the medical practitioner only comes to their home at Unguwan Gwari community on the outskirts of Suleja, once in a while.

On this particular day, Dr. (Mrs.) Igboamara came to attend to her daughter and later gave her some injections and put her under observation. She was said to have played with her other children and also prayed with them until later in the evening when she returned to the hospital for duty.

Sunday Tribune learnt that after returning to her base in the hospital, a torrential rain started which caused a flood that submerged the family home and many others, causing untold damage in many areas of the town.

In the ensuing flood, the Igboamaras lost four of their children—Wisdom, Desire, Dominion and Destiny—and Mr. Igboamara’s other wife, Patience.

Though two of the children’s corpses had been found of the time of filing this story, two others were yet to be recovered. As of Friday, 31 July, efforts were still being made to recover their bodies, with a view to according them a befitting burial. Apart from losing four children, the Igboamaras also lost valuable household property including the family’s Sienna Toyota car which was badly damaged.

The flood disaster was so extensive that it caught the attention of the state governor and other top dignitaries form the state. Last Monday, Governor Abubakar Sani Bello; the Speaker of the state House of Assembly, Hon. Abdullahi Wuse and Senator Mohammed Sani Musa, representing Niger East senatorial district at the National Assembly went round the affected areas to see for themselves the extent of the disaster.

The governor and his visiting team had a hard time controlling their emotions as Dr. Peace Igboamara narrated her ordeal in which she lost four of her six children which has left her distraught and heart-broken.

She told the governor and his team “let me say that what happened here was a disaster and it was like a dream to me that my four children are gone; gone as a result of flood. I am just waking up from the reality. I’m yet to come to the reality that my children are no more.

“Honestly, my husband [Mr. Igboamara Thank God Ebubedike] and I had been living with my six kids, but today [last Monday] I am left with only two kids. Others are gone; they have gone to meet the Lord,” she cried out.

She also revealed that her co-wife, Patience, also lost her life to the incident when their house and the entire compound was submerged by the flood as the nearby river overflowed its banks as a result of the downpour that lasted for about four hours in the early hours of penultimate Saturday.

Speaking further she said, “My four children [lost to the flood] include Wisdom Ugochukwu Igboamara, a 300-level student of Department of Pharmaceutical Studies, University of Benin. Another one is Desire Edinmachukwu Igbomara, 18 years old and she was a first year undergraduate student of same University of Benin. My second daughter, Dominion Udechukwu Igboamara, was an SS1 student of Immaculate Sacred Heart School here in Suleja with Destiny Igbochukwu who was my last daughter and 11 years old. I love all of them because naturally, I love children.”

While giving a background to the situation within the family, Dr. Peace Igboamara noted that she was no longer living in the same house with her husband, saying she had been sent out of the house long before the disaster, wondering why her husband took the decision, but later said her husband made up his mind that he wanted to marry another wife.

“I save other people’s lives but my own kids are gone. But I know there is a reason; but all I know is that one day, the God of Israel will take control of the souls of these human beings because we are here for a reason, but God will give us the comfort,” she consoled herself.

While speaking, Mr. Igboamara Thank God Ebubedike blamed the nature of his wife’s job as the reason she was not staying with him and his children under the same roof.

Responding, the state governor, Alhaji Abubakar Sani Bello who praised the bereaved mother for her emotional strength said words were not enough to console the family over the calamity.

“None of us can feel what you feel; we can only imagine what you feel but we cannot feel what you feel. Our prayer is that God should grant you strength to hold it. It takes a very strong woman to do what you have just done. You are calm and God will continue to make you strong,” the governor consoled the family.