PoliticsInterview
By ISHOLA MICHAEL On Aug 1, 2020 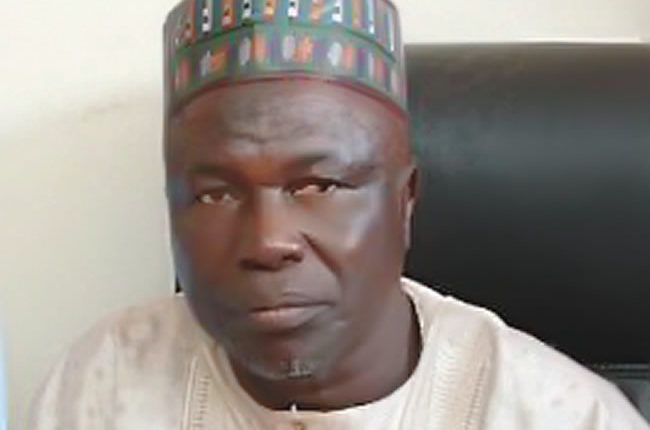 Last week, former Speaker of the House of Representatives, Mr. Yakubu Dogara, defected from the Peoples Democratic Party (PDP) back to the ruling All Progressives Congress (APC). In this interview by ISHOLA MICHAEL, the PDP chairman in Bauchi State, Hamza Kashe Akuyam, speaks on the development. Excerpts:

Former Speaker of the House of Reps, Mr. YakubuDogara, has defected from your party, PDP back to the APC. How will you describe the development?

It is very unfortunate that Dogara left the party at this time. As Chairman, you should know that I will not want any of my members to leave and join another political party, from whichever way you look at it, it is a minus for us. It is painful when a friend leaves you but it not going to negatively affect our political fortunes because we have done a lot for the people of Bauchi State to appreciate.

Did his defection come to you as a surprise?

No, not at all because he (Dogara) had wanted to leave the party even before now. So, the issues he brought are just baseless. If he had a problem with the inflation of contracts and others, he ought to have met the governor and discuss with him. Very soon the truth will be revealed for everyone to see.

He left just months after he joined you in the PDP. What do you think really happened?

Well, now he has left the PDP and he knew very well what he wanted when he joined us in the run up to the 2019 elections. He said that the APC had failed the country, that APC had done this and that, and that for those reasons, he had no reason to remain in the party. He also told us that the only option he had then was for him to leave the APC and join the PDP, which he said was better. Now this action of his is a contradiction. What I term him is a political prostitute or a nomadic politician who doesn’t stay in one place.

But he gave reasons for leaving your party, what’s your reaction to that?

As a former Speaker of the House of Representatives, he did say that there was nothing more honourable for him than to leave our party. However, I want to challenge him that what is more honourable is for him to resign the position he currently occupies. The position he currently occupies is that of PDP, so if he is worthy of his name, let him resign that position and come back and contest it again in any other political party. We are ready for him. However, we urge him not to talk about honour, which honour does he have? You have moved from PDP to APC, then from APC to PDP and now back to the APC, so what will you say of such a man? I think there is nothing other than to call him a political prostitute, no more, no less. However, we are studying the situation and very soon we will come out with our position. But, let me tell you that as a party, we will do everything possible to get back our seat from him through legal means.

What is your reaction to his allegations?

The allegations are baseless; they don’t hold water and we want him come out and prove them. The people of Bauchi State are not daft, they know what they are doing and they are waiting for him to prove all the allegations he has raised. As for the conduct of the local government council elections, let me say that already, notice has been issued by the Bauchi State Independent Electoral Commission (BASIEC) in line with the provisions of the electoral and other laws. The election is coming up in two months. To me, all I can say is that Yakubu Dogara has lost touch with his base.

What were those signs you saw that told you that Dogara had plans to leave?

The fact that he never came to any of our functions; he never engaged any of our party leaders either in the ward or local government levels, in any of his activities were pointers to that. We even invited him to our meetings but he refused to honour the invitation.

But he is currently representing a constituency at the National Assembly…

Dogara has not been representing us very well. Have you ever seen him in the National Assembly? He doesn’t go there, so what else do you want from him? We do not want him to leave the PDP for a lame excuse. If he has a concrete reason, he should come forward with it. What we are saying is that if he is really honourable, let him leave the seat he is currently occupying because he clinched that seat on the platform of the PDP.

Will the PDP miss him?

We will not miss him. You cannot miss what you don’t have. We had long been working to sustain the party before he joined us. The PDP was intact for the three to four years that he left us and joined the APC and we are intact in PDP waiting to take over (his seat) in 2023 in sha Allah.

But Dogara contributed and helped your party to defeat the APC in the last elections, particularly the governorship election, don’t you think so?

No, he only helped himself. We didn’t go to any local government area with him during campaigns except his constituency. As the number four citizen then, he ought to have gone round with us to all the 20 local government areas, but he didn’t and there was no activity that we did that he attended throughout the period. Dogara cannot claim victory of the governorship alone because he never followed anybody to anywhere. So when we had our issues, we settled them alone. It’s unfortunate if he is claiming that he is the one who helped us to win the elections. He was the number four citizen of the country and yet he could not clinch the ticket of the APC. The then governor did not even give him a seat, he had to run to us as saviour to get to where he is now. Somebody who is number four and a sitting governor could not use their powers to give him a seat, he had to run away.

Were there efforts to make peace with him?

Yes, we wrote several letters to him for meeting but he refused to come. If a child doesn’t cry how would his mother know his problem? For his mother to know he has a problem, he has to cry, so he (Dogara) didn’t cry.

You said that the reasons he gave were not tenable, what do you think are the reasons?

When you see a dog running, it knows its problem. It is either it is hunting or somebody is hunting it. So he knows his problem. If he has a problem with NDDC, that is his own problem, he knows better, it is good you ask him if it was because he had a problem that was why he went there. APC looks like a safe haven for those who have criminal background but I am not saying he has. He knows better than anyone else.

If I were the minister of power, I would be technology agnostic —Chisom Okoye, engineer and power sector expert

Lagos is like today’s London where an Arab is Mayor, APC tells agitating indigenes