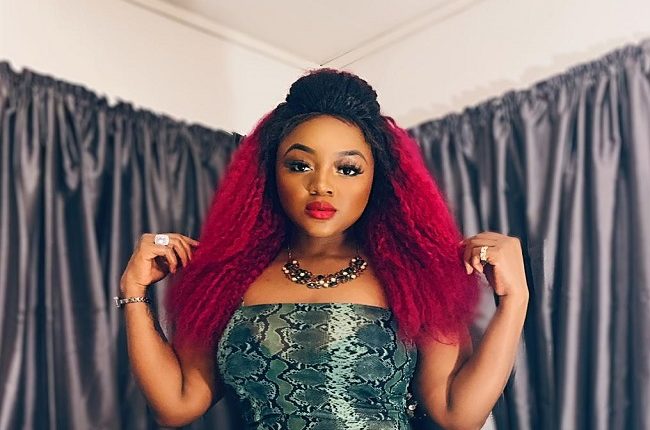 Popular Cameroonian female compere, Charlene Egbe a.k.a MC Charlene, based in Norway, during the Facebook live interview recently, Mc Charlene talked about the challenges she has had to overcome in the entertainment industry.

The Norwegian based mc has revealed how she lost a juicy deal worth millions last year because she did not want to go through the conditions surrounding the deal.

When asked about the conditions surrounding the deal she lost in Cameroon, she said, “I have pride, some promoters want to have you in their bed before signing a deal and I am not cut for that”.

“I hustle the shows myself with the support of a few others. When I started, I did shows for free which is normal in the entertainment industry, at times, you have to start from zero. I also must commend the Nigeria promoters because most of the shows that I have done are mainly from the Nigerian promoters. They support me the most and that is the truth.

My fanbase is basically 50 per cent Nigerians and four per cent Cameroonian.

“The fact that I grew up in Norway makes it sometimes hard for me to understand why Cameroonians don’t support each other.

“I was in Nigeria in 2018 and I had an interview on a Nigerian radio station. I complained about the fact that Nigeria DJs don’t play Cameroonian music and the interview went viral.

“I got calls from my Nigerian DJ’s friends telling me that Cameroonian artistes don’t connect with them and they don’t submit their songs. I push a lot for Cameroonian artists, but I cannot do it alone, we have to support ourselves.”

Speaking further, she said, “The secret to my success is my drive and my push, I have a team I work with, and I am always pushing them. I am where I am today because of the push, the drive, and the will to achieve greatness.

“Besides being an entertainer, I am a social worker, a dance instructor, a certified chef and an entrepreneur. I own my own sports brand called ‘Sweat Like This Fitness.’

Another Alleged N6.2bn Palliative Fraud Hits NDDC •Official Petitions Senate, Demands Dissolution Of IMC
FEW weeks after the nation was treated to mindboggling revelations of misappropriation of N1.5 billion by the Interim Management Committee (IMC) of the Niger Delta Development Commission (NDDC), the Federal Government intervention agency is in the news again over alleged embezzlement of N6.2 billion approved for palliative by President Muhammadu Buhari…Mc Charlene

Chinese Loans: $400m Project Abandoned After Completion
THE National Public Security Communication System project for which Nigeria took a $399.5million from China and has paid $76.83million as part of the principal as well as $84.92million interest has been abandoned, Nigerian Tribune can authoritatively report…Mc Charlene