How teeth whitening products can damage your teeth 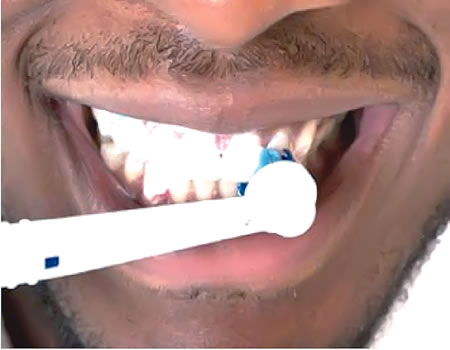 Teeth are an important part of physical appearance for many people, and they want to show a bright white smile. However, a new study reveals that many tooth whitening products can damage the teeth.

New research reveals why we should treat tooth whitening products with caution.

Studies have shown that most human teeth are not naturally pearl-white. In reality, most teeth are different shades and hues that tend towards yellow. Nor are teeth uniformly colored.

Despite this, there is an idea — which is especially prominent in North American societies — that perfectly white teeth are a symbol of beauty and self-care.

For this reason, many people opt to whiten their teeth, either on their own or with the help of a cosmetic dentist.

Statistic reports indicate that about 40.5 million people in the United States used tooth whitening products in 2018.

Researchers from Stockton University in Galloway, NJ, aimed to find out exactly how hydrogen peroxide harms the teeth, and which part of a tooth it attacks.

The research — which was led by Kelly Keenan, an associate professor of chemistry at Stockton University — will feature at the Experimental Biology 2019 meeting, which is part of the annual meeting of the American Society for Biochemistry and Molecular Biology in Orlando, FL.

Specifically, the researchers looked at how whitening strips, which people can buy over-the-counter, damage one of the teeth’s three layers.

Dental whitening strips typically contain hydrogen peroxide as the main active ingredient. This substance is an oxidizing agent that some people use a sterilizer, although more people may know it as a color-lightening agent. This is also the main substance that people use to bleach hair.

If a person overuses or uses too much of this substance to lighten hair color, it can cause “significant damage” to the hair and scalp.

Now, Keenan and team have discovered how hydrogen peroxide damages dentin, the “middle” layer of teeth. A tooth contains three different layers: a shiny enamel external one, a dentin layer in the middle, and an inner layer that is mainly connective tissue, which helps keep the tooth safely in place.

Hydrogen peroxide, Keenan explains, can pierce through the enamel and infiltrate dentin, which contains about 90–95 percent of the protein collagen.

In this study, “We sought to further characterize what the hydrogen peroxide was doing to collagen,” notes Keenan. “We used entire teeth for the studies and focused on the impact hydrogen peroxide has on the proteins,” the researcher adds.

Keenan and team found that the collagen present in dentin becomes fragmented when exposed to hydrogen peroxide, which leads to the loss of collagen mass in that layer.

“Our results showed that treatment with hydrogen peroxide concentrations similar to those found in whitening strips is enough to make the original collagen protein disappear, which is presumably due to the formation of many smaller fragments.”

The team is not yet sure whether this damage is permanent or if there is any way of reversing it. In the future, the researchers also plan to find out whether hydrogen peroxide affects not just collagen, but also other proteins that dentin contains.

Man on Fire: Bovi in one-man stand-up comedy show for a fourth time

FG to promote appropriate blood use in hospital — Health minister

Efficacy of malaria medicine in Nigeria is over 95 percent

Adolescents experimenting with sex, rape are major contributors to new cases of HIV —…