Before Nigeria shut her borders on the 20th of August, 2019, the entire sub-regional economies of countries like Benin Republic, Togo and some others survived off whatever accrues from Nigeria’s porous borders. In this report, TOLA ADENUBI examines what was, what has been, and what is to come as regards the border closure policy of Nigeria. 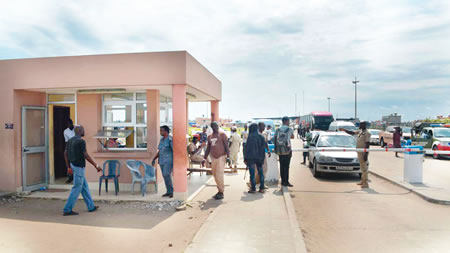 When Nigeria announced the closure of her borders in August, trans-border challenges was one of the major reasons she gave for the decision. According to the government, the exercise is expected to promote inter-agency cooperation and increase preparedness to address trans-border security challenges such as terrorism, armed banditry, smuggling, proliferation of small arms and light weapons amongst others. The exercise code-named “Ex-Swift Response” would also involve the movement of personnel, vehicles and equipment at the nation’s borders.

So far, the border closure policy of Nigeria has reduced trans-border crimes and most importantly, reduced smuggling to the barest minimum. However, despite reducing criminal activities across the borders, the policy has also had adverse effects on trade, with mostly Nigerian businesses feeling the pinch.

For the Lagos Chamber of Commerce & Industry (LCCI), the closure of Nigeria’s borders by the Federal Government is causing a lot of damage for businesses back home. While LCCI admitted that the border closure has reduced the rate of smuggling of rice, poultry products, sugar and petroleum products in and out of the country, it also noted that the decision had negatively affected those involved in legitimate businesses.

LCCI which represents the business community in Lagos spoke through its Director-General, Muda Yusuf, who said government often failed to count the cost of its policies on the citizens and businesses. He stated that jobs had been lost and prices had skyrocketed due to the closure of the borders.

According to Yusuf, manufacturers who need intermediate products don’t have access to the raw materials due to the closure of the borders.

“The economies of border communities have been paralysed with consequences for unemployment and poverty. Over 90% of Nigeria’s trade with the West African sub-region is by road.  We export manufactured products as well as agricultural products, detergents, toothpaste, plastic products, steel products, kitchen utensils, grains, ginger, onions, among others.  We also undertake re-export to the sub-region.  These are sources of livelihood of Nigerians doing legitimate businesses.”

While the policy has had adverse effects on businesses back home, Nigeria’s West African neighbours, whose economies thrive more on the loose nature of Nigeria’s borders, appear to have been worst hit.

Prior to the border closure, Cotonou port in Benin Republic had overtaken Apapa port in Lagos as the hub in the West African sub-region. With chaotic traffic that hampers cargo evacuation at Apapa and Tin-Can ports, thereby leading to congestion issues at Nigerian seaports, cargo diversion became the order of the day as cargoes meant for Nigeria were diverted to Cotonou ports, from where they are smuggled into Nigeria through its numerous porous borders.

Over time, Cotonou port became the most sought-after in sub-region, quadrupling its cargo through-put from 311,500 20-foot equivalent (TEU) containers in 2013 to 1,193,800 TEU by 2017, according to Netherlands’ leading maritime consultancy firm, Dynamar.

However, in 2019, Nigeria’s border closure has forced vessels meant for Cotonou port back to Apapa. Confirming this during a recent media briefing, the Customs Area Controller, Apapa Command of the Nigerian Customs Service (NCS), Compt. Mohammed Abba-Kura said importers were now approaching the command to seek ways of bringing their cargoes already stuck in Cotonou back to Apapa port.

According to investigations, for many cargoes discharged at Cotonou, the border closure by Nigeria is bad business as many of them have been trapped there because 90 per cent of the cargoes discharged in Benin Republic are meant for Nigerian market. The border closure meant that many of such cargoes could not be cleared because the borders have remained shut since August of 2019.

Speaking with the Nigerian Tribune, an importer, Emeka Azubike admitted that many cargo owners had approached the Customs in Apapa and Tin-Can to seek ways through which their cargoes could be re-routed to Lagos since they have remained un-cleared at Cotonou.

Azubike said: “If you go to Cotonou now, many cargo owners are desperately seeking ways to get their cargoes to Lagos because the border closure policy has meant that no trade activity is happening between Nigeria and Benin Republic.

“So there is no point in taking your cargoes to Cotonou port anymore because you know you won’t be able to clear them across the borders and bring them into Nigeria. For many that had shipped their consignments to Cotonou before the border closure, the experience has been terrible.

“Many cargoes, after being cleared, are still stuck Benin Republic unattended to because Nigeria is currently not doing trade across the borders with countries in the sub-region. That is why many cargo owners are desperate to divert their cargoes back to Lagos, because their Bill of Laden is reading Cotonou as port of destination.”

With many owners re-routing their cargoes to Lagos because of the border closure, the Apapa and Tin-Can ports, Nigeria’s busiest ports are currently overwhelmed with cargoes.

Confirming increase in cargo volume in Apapa port in November 2019, APM Terminals, operator of the container port at the Lagos Port Complex (LPC) warned that following some commendable policies of government, which included improvement in the implementation of the ease of doing business, the agriculture promotion policy and the closure of land borders, container volume at the seaports are currently on the rise. The operator sought the need for prompt clearance to avoid high yard density otherwise known as congestion.

A statement by the management of the APM Terminals in Lagos said the high yard density could impact berthing of vessels, and lead to vessel queues at the Lagos port.

However, APM’s warning seems to have been ignored because the factors such as yuletide rush and cargo diversion have created a crippling congestion at Nigeria’s busiest ports in Apapa and Tin-Can.

With Nigeria’s seaports already facing congestion due to rise in cargo volume because of the closure of the nation’s borders, stakeholders have called on the government to ensure a maximum use of other seaports in Nigeria, particularly the eastern ports.

“More so, over 70 per cent of these cargoes currently trapped in Apapa and Tin-Can are heading to places like Onitsha, Aba and other eastern towns. Let’s improve our eastern ports so that they can take the strain off Apapa and Tin-Can now that the border closure policy of the Federal Government is winning back our cargoes from Cotonou and Lome ports,” Charles Akpan, a clearing agent based in Port Harcourt told the Nigerian Tribune.