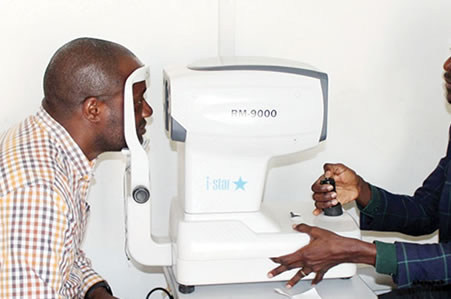 Regular high caffeine consumption is associated with a higher risk of developing glaucoma in people with a genetic predisposition to elevated intraocular pressure (IOP), according to a new large-scale study.

Keen interest exists in whether caffeine consumption has an intraocular pressure (IOP)-modifying effect, as elevations in ocular tension can increase glaucoma risk.

What’s more, studies of the relationship between coffee drinking and glaucoma risk have reported conflicting results, with it suggesting that an association may depend on family history of glaucoma.

The current study, by researchers based in the UK and US, aimed to resolve conflicting data on the relationship between habitual coffee or caffeine consumption and IOP. Using UK Biobank data, the team evaluated multivariable-adjusted associations with IOP and glaucoma. For both outcomes, the team examined gene–diet interactions using a polygenic risk score (PRS) that combined the effects of 111 genetic variants associated with IOP.

Currently, no approved genetic testing exists to identify which subset of patients may be predisposed to higher IOP and glaucoma.

The researchers say more research is needed to confirm these gene–diet interactions and to determine whether specific genetic markers are modifying the propensity to higher IOP and glaucoma or whether it is a nonspecific critical number of any IOP markers that modify disease risk.

If confirmed, they say the current data suggest that approaches to precision nutrition that incorporate genomic data may be needed to make recommendations regarding caffeine consumption and glaucoma risk.

The study used UK Biobank data – a large-scale prospective cohort study of 502,506 participants between 39 and 73 years of age at recruitment from 2006 through 2010. A wide range of phenotypic information as well as biological samples were collected from these participants, including blood, urine, and saliva samples, to generate genetic, proteomic, and metabolomic data.

All participants also provided consent for follow-up through linkage to their health-related records (e.g., primary care, screening programs, and disease-specific registry data), and repeated assessments were conducted in a subset of participants to augment the baseline information.

Information on habitual coffee and tea consumption was assessed in the baseline questionnaire. Participants were asked what type of and how much coffee and tea they drink each day. To discover how much caffeine containing food the participants consumed, the team looked at the data from the food frequency questionnaires the participants repeated up to five times between 2009 and 2012. Intraocular pressure was measured once for each eye using the Ocular Response Analyzer noncontact tonometer (Reichert Corp).

These findings are consistent with studies that found that greater caffeine intake was associated more adversely with open-angle glaucoma among those reporting a family history of glaucoma.

The current report states: “It is interesting to speculate about the biology underlying a possible interaction between IOP PRS and dietary caffeine intake in modifying the risk of higher IOP and glaucoma. It is possible that those with high IOP PRS have a lower reserve to withstand the challenges of intermittent yet frequent acute elevations of IOP caused by caffeine consumption.

“Overall, the dietary impact on our outcomes was small, whereas the genetic contribution was quite robust. Whether IOP-related genes act in concert or whether specific IOP loci contribute to the gene–diet interactions we report remains to be determined. Only 9 of the 111 SNPs demonstrated a nominally positive gene–caffeine consumption interaction with respect to IOP, and none of these were significant at the Bonferroni-corrected P value cutoff (4 × 10–4).”