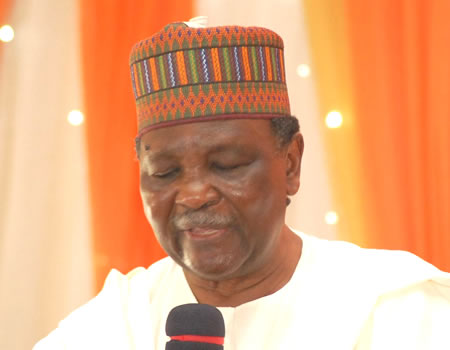 Former Head of State, Gen. Yakubu Gowon (retd), has called for a focus on industrialisation to drive export in Nigeria.

He made this known during the launch of a book titled “Export Promotion in Nigeria, Law, Policy and Practice,” in Abuja on Saturday.

Gowon said it was more profitable to export semi-finished goods or finished goods than raw materials, adding that it was necessary to revive the manufacturing sector to achieve the goal.

He said: “The lesson for me is for us to take advantage of the advice the author is giving so that we can improve capacities.

“But that can only be possible with industrialisation and manufacturing, where we can turn our raw materials to either semi-finished goods or finished goods. I salute him for doing it so well and I encourage Nigerians to buy the book.”

The elder statesman, who is marking his 85th birthday, called on Nigerians to love themselves, their neighbours and the country at large.

“Fear God, love God, love your country, love yourselves, love your family, love your neighbour, keep Nigeria one and make it great and l believe in all of you the younger ones,” Gowon said.

The book reviewer, Mr James Onoja (SAN), said the takeaway from the book is the need for laws on export to be strengthened as well as for Nigeria to be competitive.

He further noted that another lesson from the book was the need to do something meaningful outside the oil sector.

“Our non-oil sectors are not being developed and that is as a result of lack of adequate policy and laws on export and lack of incentive from the Federal Government.

“So, what the book tries to do is to look at the present law and expected amendments to it and particularly for us to be competitive internationally,” he said.

The Director General of Association of Nigerian Exporters (ANE), Mr Joseph Idiong, also called for the review of the existing law on export to meet international best practices.

He also called for more participation of the private sector to drive export, saying that was the practice in other climes.

“The laws on export are obsolete. Look at incentives like Export Development Fund that recommended in 1992 that you can use N200,000 to travel. How can you travel today with N200,000?

The president said that a review of the laws would assist the Nigeria Export Promotion Council in making necessary impacts.

“If you form policy outside the law it is a time bomb. Without a current law on export, there cannot be a current policy.

“This is unlike our counterparts where even some incentive administrations are handled by the associations so that they can have authority and attraction and exporters can say this is the one that will speak for us.

“If private-sector agencies are properly positioned in laws that will be made, then we can run a successful scheme. If not it will still be policy discussion at government level for government agencies who are not cooperating among themselves.”

The author of the book, Dr Ezra Yakusak, a staff of Nigeria Export Promotion Council, said he was inspired to write the book to share his knowledge with the public particularly those in export business.

He called for the inclusion of export promotion in the curriculum of tertiary institutions.

He said: “This book is like a textbook and not novel and my objective is that the subject of the export promotion will be introduced in our various tertiary institutions.

“This is because if we are serious about export promotion, non-oil export trade, by now the subject should have been taught in our universities but nothing is being done.” (NAN)

NYSC in 46 years stood the test of time ― Gowon