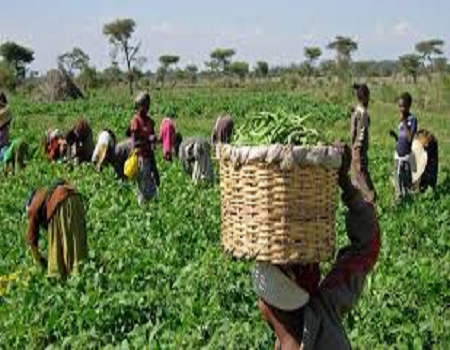 Head Pastor, Cherubim and Seraphim Movement Church worldwide, Special Apostle Pastor Moses Popoola, has said that agriculture is that major factor that will bail the nation out of its present economic woes.

Speaking to newsmen on the sidelines of prophetic praise programme at the Ilorin district headquarters of the church, with the theme, ‘Alpha and Omega’, Pastor Popoola said that God told him that Nigerians should go back to agriculture for economic prosperity.

«For Nigeria to move out of its economic woes, Nigerians should go back to agriculture. That›s what God told me. There is a need to embrace farming to boost the nation›s economy. God is still saying that we should go back to the farm,» he said.

The cleric also urged the government to use agriculture to create jobs to reduce security challenges in the country, saying that, “when job is created, crime would reduce, as lack of job will bring insecurity.”

He also stressed the need for community policing, noting that it would reduce crime in communities and states at large.

Popoola, who also frowned on the state of health facilities in the country said: “We are still struggling to have good health care.  The government should build good hospitals; the government should train good doctors and when they graduate, employ them.

“Accountability is our problem. People should take responsibility. Each community should take care of themselves; protect themselves when they go to the farm.

Materialism should not be barrier to gospel of Jesus Christ —Akanmu