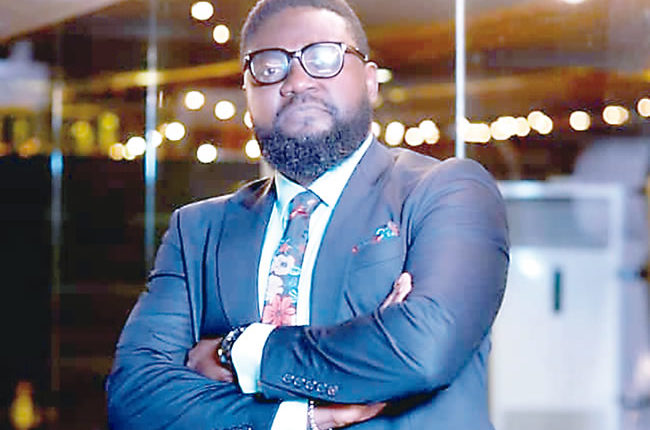 Popular actor Folayemi Olatunji, popularly known as Yemi Blaq, remains one who gives his best to his craft and meets fans’ expectations in any name. The actor, with almost two decades experience in Nollywood, speaks with SEGUN ADEBAYO about his career in Showbiz and how he has remained on top of his game.

Many actors would always say they chose to become actors since childhood. What was growing up like for you and is acting what you have always wanted to do?

Yes, I have always wanted to be an actor. It was something that I had loved doing since I participated in a drama performance in primary five. The play was The Incorruptible Judge. I enjoyed it a lot. I loved being on stage and since that time, I had wanted to be an actor. So it’s not something I dabbled in. It’s been a life-long, childhood dream of mine.

Many youngsters today think all you need is one big break. Others believe constant appearance in movies is the key to making it in Nollywood. Which do you think it is?

It’s a combination of both. Sometimes you need a big break, sometimes it just happens because you have the talent and sometimes you need to grind. Whatever it is, the most important thing is to realise that you need to grind. Sometimes, your big break does not come in the first or second year of your work; it may take about four or five years of serious grinding to get you to your big break or to let the world know about you. Of course, if you get that big break and you don’t have the talent to back it up, that means that you won’t be able to survive further than a few months or years. It’ll be like a flash in the pan. But if you have talent, you have the ethics and you are grounded, then your big break would get you into bigger and bigger breaks.

With the many years you’ve invested in the industry, is there any singular thing that would make you leave showbiz?

No, there’s nothing at all that would make me to leave showbiz. Showbiz is my thing, and I have always liked it. I’m dedicated to it, so there’s nothing that can make me leave. Unless, of course, the world says that showbiz has to end. Then, I will be part of the resistance to ensure that it comes back. It’s just my life, acting, writing and performing.

Being an actor looks glamorous on the outside. Tell us, does acting pay the bills or do you have a side hustle?

Maintaining a marriage in an industry like Nollywood can be difficult, what has been your secret over the years?

I think the secret to every situation, relationship and marriage is just understanding that you cannot bring too much of the external into it. That has to be sacrosanct; it has to be unique to the people that are running it. The secret to the success of every marriage should be about the two parties understanding that they are both responsible for the outcome, and they must try as much as possible to keep things within them. Keep acting away from marriage and keep marriage away from acting. At the end of the day, they’ll both do well.

We have seen you in several roles – from the maniacal boyfriend/husband, the lover boy to the boss, among others, – what kind of role would you say is your forte?

I don’t know about a forte, I just like to push myself and explore different things. That’s the job of an actor, to be different people in one lifetime. I wouldn’t think of a forte. I am an actor. Throw me in deep waters, I’ll thrive.

How do you handle criticism of your work? Has there ever been a time negative comments got to you?

I really don’t know. Maybe it’s because of the appreciation for my craft or because of the fact that people don’t want to come forth with criticism. I haven’t had much criticism for my work, but if it ever comes, I would be objective because I know what I know as an actor, and I know what I know as an artiste. I also realise that art is very subjective. So while one person may look at my work and think that it is a representation of perfection, another person may look at it and say, “rubbish.” In the midst of all that, I find my balance.

ASIDES SHOWBIZ IS MY LIFE, YOU SHOULD NOT MISS THESE HEADLINES FROM NIGERIAN TRIBUNE