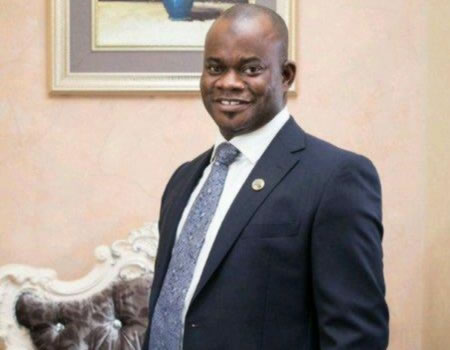 GOVERNOR Yahaya Bello of Kogi has enjoined Nigerians to live in peace and harmony irrespective of religious, ethnic and class biases and eschew violence for the advancement and development of the country.

Bello made the call while addressing a Peace Walk organised by ActionAid Nigeria in partnership with Participation Initiative for Behavioural Change in Development (PIBCID) in commemoration of the Global Peace Day, 2019 on Saturday in Lokoja.

The Programme being executed under the System and Structure Strengthening Approach Against Radicalisation to Violent Extremism (SARVE 2 ) project funded by the Global Community Economic and Resilience Fund (GCERF).

Bello represented by his Chief of Staff, Chief Edward Onoja urged Kogi people to consolidate on the peace so far achieved by the state in the last three and a half years under  Bello’s administration.

He said that his government had addressed the problem of mutual distrust arising from ethnic, religious and class barriers and broke them into pieces and replaced them with a bridge of handshake partnership and religious disharmony.

“Peace is a catalyst for development, a catalyst for empowerment and that is why I want to appreciate ActionAid Nigeria, National Youth Council of Nigeria (NYCN), Kogi state chapter and all the organizers of this event”, he said.

Bello also commended the efforts of youths at propagating peace and thanked the Federal Government for giving youths the opportunity to assume leadership positions to impact the nation positively.

“We want to also appreciate the Federal Government under the leadership of President Muhammadu Buhari for the Not-Too-Young-To-Run bill that hardly deals the entry points for almost all offices in the country today.

Speaking earlier, Mr Anicetus Atakpu, ActionAid Nigeria, Resilience Programme Coordinator said ActionAid would continue in its effort at ensuring that there was absolute peace adding that Kogi that used to be known as crisis zone had become number two in peace in 2018.

“We are not tired and we will continue until Kogi state achieves number one position in peace in the comity of states in the country. Kogi state is bordered with many states and it should be an epitome of peace.

Mrs Halima Sadiq, Acting Executive Director, PIBCID,  said, “We stand for peace, we have been talking peace, we have heard it all and will continue to live it.

Placards displayed by the teeming youths read in part, “It is possible to live in peace; We say an eye for an eye makes the world go blind; Peace begins with a smile and I hope all will say no to violent extremism in Kogi State”.

Others are, “Honour the past, live in the present; Create the future; Don’t organise violence to agonise among others.

Kogi govt commends FG for setting up IT innovation centre