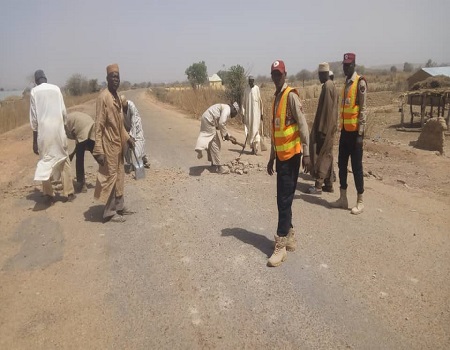 The officers of the Federal Road Safety Corps (FRSC), in conjunction with the Dandi local government area of Kebbi State, have successfully cleared all the illegal speed bumps along the highway.

The bumps were allegedly erected indiscriminately by the host communities along both the federal and state highways to ensure free passage for motorists.

He said the exercise will ensure free passage for motorists in Dandi Local Government and its environment.

Responding, the Unit Commander ACC Abraham Daniel disclosed that a total of 102 illegal bumps were cleared between February 15th and 17th this year at different locations in Dandi local government.

He disclosed that other sister agencies involved in the three days exercise are the Nigerian police, Civil defence, DSS, local government Vigilante group and officials from the local government.