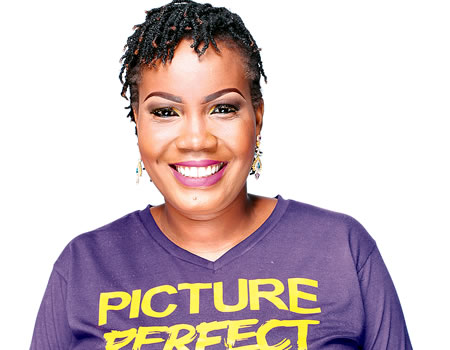 Biodun Stephen is a writer, film-maker and an on-air-personality. She revealed her journey into broadcasting and film-making recently, during a chat with ROTIMI IGE. Excerpts

What spurred you towards a career in acting and film making?

Acting was actually my first love, but for some reason, that part of my life never really took off; so, I went back to film school, London film academy, studied film production/screenwriting and my whole film making career kicked off.  What spurred me? I had always wanted to tell and share my story with the world.

At what point did you decide to go on radio as an on air personality?

Radio was an accident. I had just graduated and a friend had suggested that I get a job on radio; that was how that journey started on Star 101.5fm, over a decade ago. I left radio to pursue a career in advertising as a copywriter… It was then that I realised my strength in writing drama ads. After four years and still unfulfilled, I went back to radio as an independent producer with my own show Whispers, that was in 2010 and we’ve been on air ever since, changing lives one experience at a time.

Were there any challenges on your journey to being an on -air personality or as a film maker?

As an on-air personality, I can’t think of any. However, as a film maker, there have been tons. From making my first film with Koga Studios titled ‘The Visit’ to ‘Ovy’s Voice’ and my most recent ‘Tiwa’s Baggage’; every movie had come with its peculiarities. But passion is what keeps me going. There’s nothing I’d rather do than make movies.

You quit radio at a time, what was the reason for that?

I had quit radio, because I simply wanted more. I knew I could do more and I could be more…

What made you return to radio?

I missed it. Besides I found a calling, something I could do, that would mean more and that was how the experience sharing platform known as ‘whispers’ was birthed.

You have been nominated for several awards, notably the AMVCA, how was it like for you?

My first film ‘The visit’ did get a nomination for Best Film West Africa at the 2016 AMVCA, that moment pretty much sealed the deal; I was finally doing what I was meant to do… I’m hoping to cart some awards with my recent films, ‘Ovy’s Voice’ and ‘Tiwa’s baggage’, both of which I wrote, produced and directed and  have garnered recognitions and accolades by the audience.

The future is here already! The movie, ‘Picture perfect’, written and produced by me is due for release in July. The movie stars Bolanle Ninolowo, Mary Remmy Njoku and Bisola Aiyeola. It was directed by Tope Alake. I am super excited to share this film with everyone. In a not so distant future, ‘Sobi’s Mystic’, which I wrote, produced and directed will also be released sometime this year.