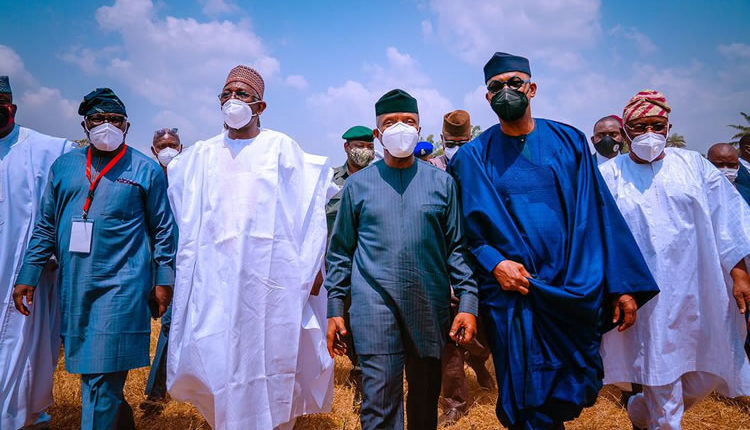 Vice President Professor Yemi Osinbajo has declared that there must be evidence that justice prevailed on matters related to insecurity and plight of Nigerians.

This is just as he affirmed that the Federal Government must attend to the cries of Nigerians for Justice.

Professor Osinbajo stated this at the All Progressive Congress, APC, registration in Ikenne, Ogun State.

The Vice President explained that though “we are in government at one of the most challenging times in history, we are not unaware of the plight of the people and we are determined ensure justice for all.”

“We must ensure the prosecution of all those who have been arrested for kidnapping, banditry & all other forms of criminality. There must be evidence that justice is being done. This is achievable by stronger collaboration between the Police, States Ministries of Justice and the Federal Ministry of Justice.

“With the new Service Chiefs, we have a fresh set of eyes,  intellect , and skills and a fresh look at strategies against the insurgency in the North East , as well as  banditry and kidnapping elsewhere. In this new approach much greater emphasis is being placed on technology for surveillance, intelligence gathering and attack,” he said.

Osinbajo noted that aside from the various microcredit schemes, payroll support programme, “we have the Npower, and now the 774,000 jobs programme, N75B Youth Fund, but we also have a mass housing scheme, mass agriculture, and a solar home systems for five million homes.

Emphasising the need to tidy up security in local communities, Professor Osinbajo enthused that “we must put in place a State Police Structure. In the meantime we must speed up and  strengthen the community policing structures, States must continually train, educate and formalize their local security structures so that they complement the Federal law enforcement agencies. Policing must be a collective effort.

“We must resist any attempts to destroy the unity of this country. Our people have lived and worked together for decades. While we must attend to the  the cries of communities for justice, equity and fairness we can do so within this same union.  Ultimately we are stronger together than apart.”

Our leaders, don’t allow criminals to ruin this country