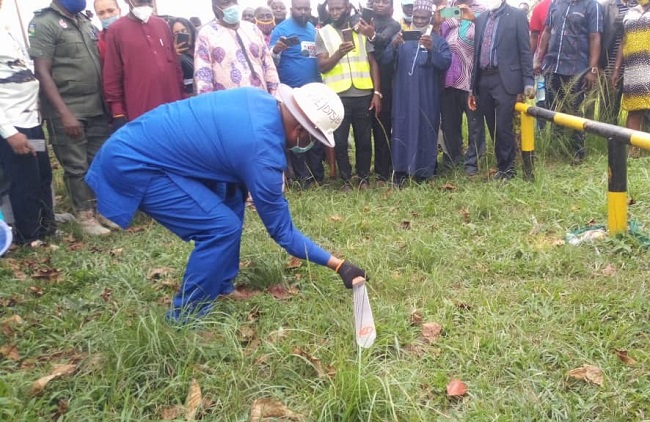 Minister of State for Labour, Festus Keyamo SAN, on Thursday, disclosed that the Federal Government has released N46.4 billion for the payment of stipends to beneficiaries of its Extended Special Public Works programme (ESPW) for three months.

He said the payment commences by the end of January.

Keyamo disclosed this during the launch of the implementation of the ESPW at the PTI Conference Centre, Effurun, Uvwie Local Government Area of Delta State.

He said that Nigerians who were already engaged would receive a stipend of N20,000 per month and a total of N60,000 for three months.

“For your information, the president has graciously released to us for the payment of stipends N46.4 billion. And we are ready to pay the stipend.

“For Delta State alone, the sum of N1.59 billion has been released. This money will inflate the economy at the grassroots level.

“For the avoidance of doubt, the programme is not designed for the clearing of grasses and digging of gutters or drainage system.

“But for the provision of diverse services tailored for the maintenance of public infrastructure among others.

“It is equally important to state that another underlying objective of this programme is to cushion the negative effect of COVID-19 pandemic,” the minister stated.

He commended President Muhammadu Buhari for giving him 100 per cent support in the actualization of the programme.

Keyamo further noted that it is the first time in the history of the country that 1,000 persons are targeted at the LGA levels for engagement. 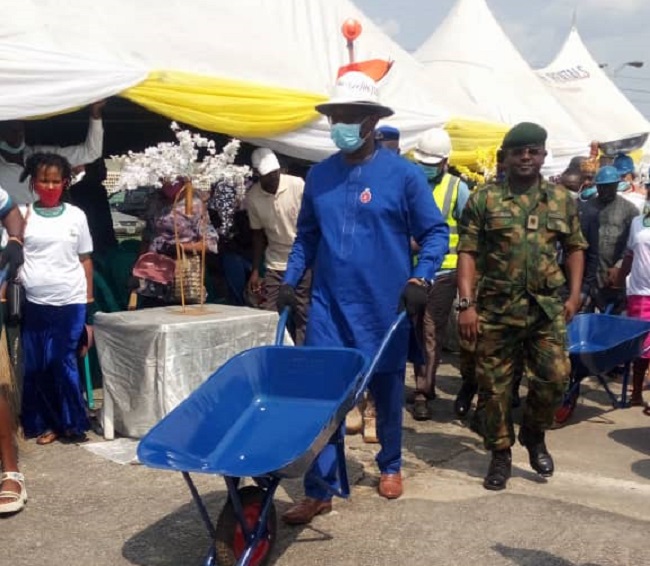 The minister charged all participants to ensure that they apply themselves “diligently to the tasks”, stressing that the project implementation will be monitored.

He explained that the jobs will not be “intensive,” hinting that there maybe other plans by the president for the beneficiaries at the end of the three months.

“This is the first time such programme is happening in the history of this country. There is no time any programme in this country has targeted from local government, 1,000 persons.

“And only God knows what the president has in mind after these three months. We have your names and account number and we are ready to work with you.

“President Muhammadu Buhari in his foresight and magnanimity has approved this programme to be extended to all the 774 LGAs of Nigeria, in order to engage 1000 unemployed persons from the local government.

“That is why today we have a total of 774,000 unemployed persons who have been engaged, documented and duly captured by the designated banks.

“They are expected to have engaged in the provision of services by catering for the specific needs of each benefitting community.

“For these three months identify any project in Uvwie, whether to clear grass or to dig drainage so that we can be ready for the dry season. 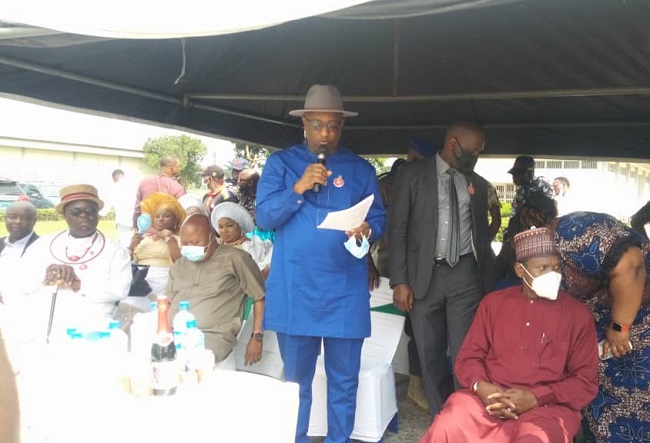 “There will be a roaster. Maybe for one day, they will bring out 50 people, take them to Ekpan and ask them to clean the place.

“May I also say that a lot of plans are already being considered by the government as a strategy for participants at the end of the three months engagement.

“Part of the plans include collaboration with other levels, state and local governments, as well as private sector-based organizations,” Keyamo said.

The acting Director-General of the National Directorate of Employment (NDE), Mallam Abubakar Nuhu Fikpo, while briefing the conference, tasked beneficiaries to embrace the project.

He assured hat its implementation is ongoing in all states across the country.

“We are demonstrating in practical terms and grassroots implementation of the programme. The project should be embraced without hesitation by the participants of this first batch. Benefitting communities should support the beneficiaries,” Mallam Fikpo pleaded.

The Delta State Committee chairman, Professor Kelly Ejumudo, in his address, assured that Delta State will wear a new look by the end “because every ward in the state will be touched by this programme.”

He stated that his team was working assiduously to ensure the programme was on course, urging the beneficiaries to make a difference in the implementation stage.

Some of the beneficiaries, who were present, expressed thanks to President Buhari for making the 774,000 jobs a reality.

A beneficiary, Robert Eshemidomi, who is a tiler, said “since COVID-19 the job stopped coming and things have been difficult. Now, I am very happy. My expectation is that after the three months, the president would extend the programme.”