Failure to pay bills, vandalism, others, cause of poor power supply ― EEDC 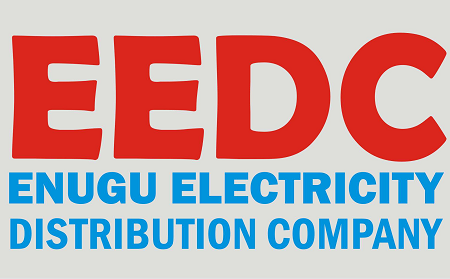 The Enugu Electricity Distribution(EEDC) has disclosed that customers failure to pay electricity bills at when due, vandalism of EEDC amenities, power theft and poor patronage from giants industries are responsible for the poor delivery of electricity in the South-East region of Nigeria.

The Deputy Managing Director of EEDC, Paul Okeke, who gave the hints during Stakeholder Consultations On The Extraordinary Review Of The Multi-Year Tariff Order, held in Awka, the Anambra State capital on Monday, lamented that continued theft and vandalisation of EEDC facilities in the area has contributed immensely to the economic challenges that the power sector is currently facing in rendering effective delivery to legitimate customers in the South-East geopolitical zone since it took over from Power Holding Company of Nigeria PHCN in 2013.

He expressed hope that with the stakeholders meeting with prospective customers in the state, there is hope for a better understanding of the issue of Tariff increment to enable them to offer a better service.

He appealed to customers to accept the proposed tariff increase for the interest of development and job creation.

Earlier, the Anambra state commissioner for Utility and Water Resources, Engr. Emeka Ezenwanne, represented by the Senior Special Adviser to Governor Willie Obiano, on Public Utility, Engr. Victor Menu, while describing the move by the EEDC to sensitise the public on the importance of tariff increase, called on the people of the state to support the policy.

According to him, the electricity company needed to be supported because since the Federal government has withdrawn their subsidiary, the EEDC and other zonal distribution company had no other option than to increase the tariff in order to meet up consumers satisfaction.

He added that the Anambra State government has so far contributed over 75 per cent support to EEDC with a donation of four hundred (400) Transformers to aide their services in all the 179 communities in the state.

He also called on other South-East states government to emulate Anambra for the economic development of the region.

On his part, the Principal Manager, Nigeria Electricity Regulatory Commission, Emeka Onyegbule, said the purpose of the meeting was to create a synergy between electricity company and the customers and to also address any complaints burdening legitimate costumers.

EEDC decries rising rate of vandalisation of its facilities by criminals