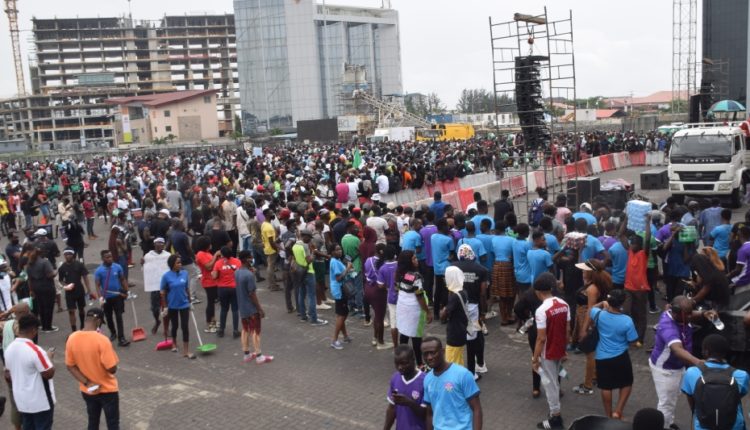 The #EndSARS protests have spread to more communities in Lagos and Ogun States with hundreds of thousands of youths protesting against police brutality, even as some have now focused on deplorable conditions of roads.

The Ogun protesters, who started as #EndSARS agitators, have changed their focus to the deplorable focus of the roads in Sango and other communities along the Idiroko and Abeokuta expressways.

The youths blocked the major highways in Lagos and Ogun States early Saturday, chanting anti-police songs, rejecting not only SARS, but also the newly introduced SWAT.

As early as 8’o clock on Saturday, youths from communities around Ogba, Ifako and Olowora converged around  Excellence Hotel in Ogba in solidarity with the fight against police brutality.

The activities of the protesters created gridlock along the Oba Ogunji Road, which spread to Omole and Berger areas of the state.

Youths in Ogun State, who for more than four hours blocked the Lagos-Abeokuta Expressway on Friday and returned on Saturday.

The youths are now calling on the Ogun State governor, Dapo Abiodun to, as a matter of urgency, rehabilitate all the major roads along the Abeokuta and Idiroko expressways.

Why we hold Nigerian flags at the protest ground ― #EndSARS Protesters