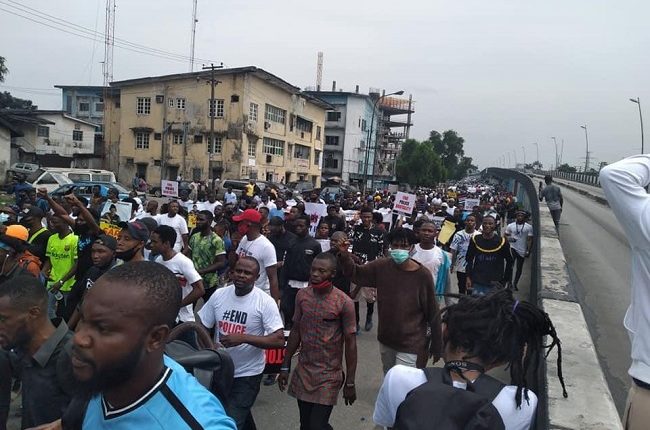 Hundreds of youths in Port Harcourt, Tuesday morning trooped out to stage the spreading nation-wide protest against the now disbanded the Special Anti-Robbery Squad SARS, defying an order by the Rivers State governor against the protest.

A coalition of civil society organisations under the auspices of RIVSCO had last week mobilised the state in preparation of the #EndSARS protest in Rivers State with a planned March through some streets in the heart of capital Port Harcourt terminating at the government house.

But following the disbandment of the security outfit by the Inspector General of Police on Monday, the Rivers State Government announced that no protest is permitted in Port Harcourt since the SARS security outfit has been dissolved.

The government announcement which was signed by the state Commissioner for Information and Communications and made public Monday evening reads thus;

“The Rivers State Government hereby wishs to inform the general public that all forms of protests have been banned throughout the State. 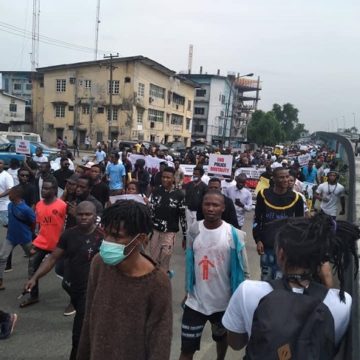 The government took this decision because the Inspector General of Police, Mohammed Adamu, had already scrapped the Special Anti-Robbery Squad.

Therefore, there is no need for any form of protest against a Unit of the Police Force that no longer exists.

Parents and Guardians are therefore advised to ensure that their children or wards do not violate this order.

Law enforcement agencies are also directed to ensure that the ban is enforced and that violators are brought to book”.

But in defiance of the order, protesters came out in their numbers charging through the streets demanding an end to police brutality and oppression of the civilian population especially, the youths by the police.

Among the protesters are some Rivers based entertainment icons and social media enthusiasts, who also called for justice for victims extra-judicially killed by police in the state.

The continuing protest has seen the demonstrators matching on the ever-busy Aba Road to the gates of the Government House Port Harcourt, where they are demanding an audience with the Governor, as they are also expected to match to the Moscow Road, Port Harcourt, Rivers Command Headquarters of the Nigerian Police to drive home their demands. 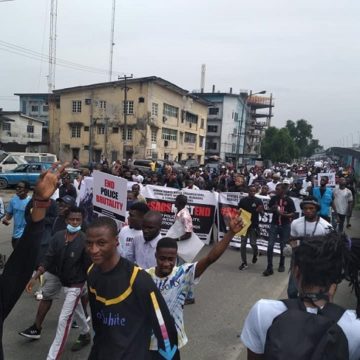 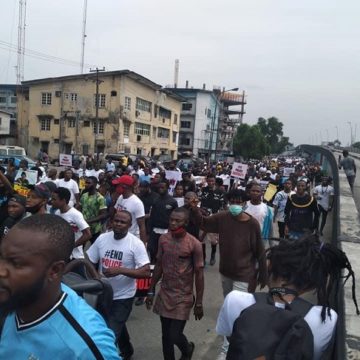 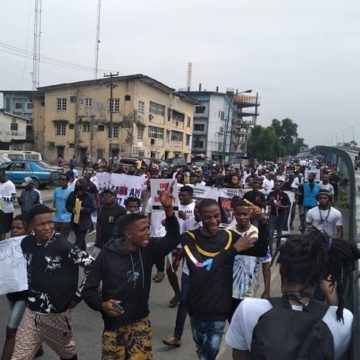