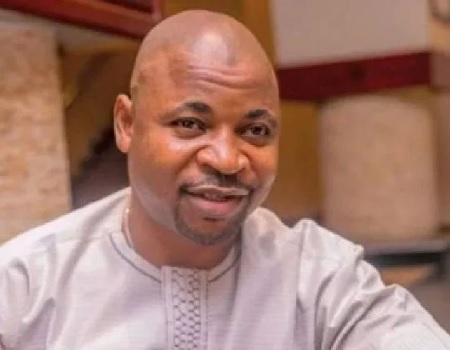 Chairman of the National Union of the Road Transport Workers (NURTW), Lagos State Council, Alhaji Musiliu Akinsanya, popularly referred to as MC Oluomo, has described as blackmail allegations that he sponsored attack on #EndSARS protesters in Alausa, Ikeja.

Speaking with newsmen, Akinsanya said he had issued a statement in support of the protest on Sunday, October 11, and so he was at a loss as to the reason why people would link him with the event at Alausa.

“I was surprised when my aides brought it to my attention to what people were tweeting on the issue. I couldn’t have been involved in such an act because I support the quest to reform the police force. How could I do such when my brothers and sisters are among the protesters?” he said.

According to him, no sane member of the union would join people to attack the protesters because it is for the good of everybody.

He said: “Today being the first anniversary of my assumption of office, I deliberately cancelled the idea of celebration due to the situation in the country and to lend my support for the protest.

“As a good citizen who abhors violence, I wonder why people would link me with the violence that took place in Alausa. I always warn my people not to involve in violence; that whoever does, I will personally hand over to the security agencies.

He warned members of the union to avoid any act capable of tarnishing the image of the NURTW.