Elections: Scores of local singers defect to APC in Bauchi 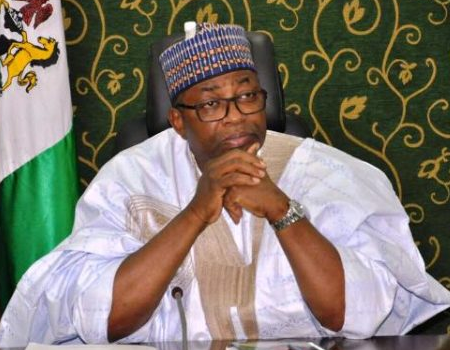 SCORES of local Hausa singers in Bauchi State from various political parties defected to the All Progressives Congress (APC), to canvass for support for Gov Mohammed Abubakar’s reelection in the state.

Alhaji Suleiman Majidadi, the leader Bauchi State Musical Studios presented the defectors to the state Chairman of APC, Alhaji Uba Nana, during a ceremony in Bauchi on Monday.

He said the singers who are of like minds, after due consultations, resolved to join the APC for continuity and progressive development of the state.

“We are here to declare our support for the second term re-election of Gov Muhammad Abubakar.

“The singers are from the 20 local governments areas of the state, We are here to support the continuity of the APC led administration in the state,” he said.

ALSO READ: Raising the bar against poverty in Niger Delta

Receiving them, Nana reassured the readiness of the ruling party to accord an equal opportunity to members that join newly.

Nana called on them to work hard and contribute positively to the success of the party at the forthcoming gubernatorial and state Assembly elections in the state.

On his part, the governor urged the entire entertainment industry to use their talent and contribute towards the advancement of the democratic system in the country.

Abubakar, represented by the Secretary to the State Government, Alhaji Nadada Umar, also implored the singers to assist the administration in enlightening the public on the achievements recorded so far.

“I urge you people in the entertainment industry to create awareness and sensitise voters on the achievements recorded and project the administration to ensure mutual understanding between the government and its people,” he said.

He pledged to support the singers with equipment and other needed instruments for the improvement of their services.