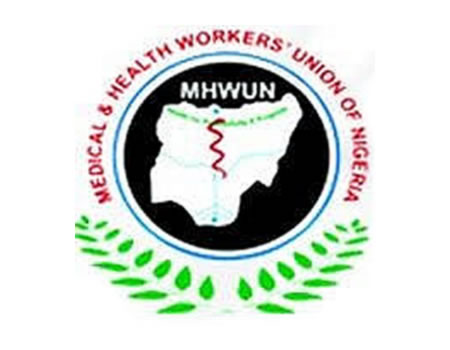 The Medical And Health Workers Union of Nigeria (MHWUN) has called on all political players, its members and Nigerians to conduct themselves according to the rule during the election, saying that election is no war.

Besides, the union called on its members and Nigerians to vote right to elect the leaders of their choice without rancour.

MHWUN, an affiliate of the Nigeria Labour Congress (NLC) also called on all its members to participate fully in the 2019 general elections.

Ogun: Those who embarrassed Buhari are still walking free ― Osoba

The statement signed by MHWUN  National President, Comd. Josiah Biobelemoye  said: “The union executive encourages  you all to take advantage of the process  in continuous efforts to build a virile, democratic,progressive, prosperouse and corruption-free Country.

“Nigeria remains one of the worlds most admired nations, based on its natural and human resources. It must not fail the global community by having an election which is not credible and acceptable.”

The statement added: “The Medical and Health Workers Union of Nigeria occupied an integral part of the Nigeria Labour Congress and members should ensure they perform their civic responsibility in a thriving democracy and growing economy despite challenges which result in delay in meeting some of our key demands.

“The union uses this opportunity to advise political parties and their candidates to play by the rule of the game and note that election is not war, it is not an event, but a process. We urge them to eschew violent acts, vote-buying and actions capable of discrediting the exercise.”

“We also commend the arrangements so far made by INEC, security agencies, etc, but we ask them to each uphold the trust bestowed on them by the people and remain apolitical all through the presidential, Governorship, National and State Assemblies elections.”