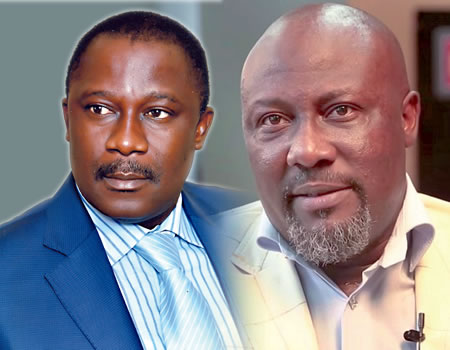 Addressing newsmen on Sunday in Lokoja shortly after his victory at the poll on Saturday, Adeyemi noted that he thank God for the victory, promising that he will never embark on anything that will tarnish the image of his constituency and the state in general.

He noted that he brought Dino up in politics but unfortunately he turned against him.

Adeyemi opined that Melaye’s era at the national assembly was a disaster to the people of Kogi state and the nation in general.

ALSO READ: I will challenge temporal and evaporative victory of Adeyemi at Tribunal ― Melaye

“Dino was insulting everyone that made him a senator. Nobody is too big for him to insult, fighting people; so am apologising to Mr President Muhammadu Buhari on behalf of Dino to forgive him.

“Am apologising to the people of Nigeria, Kogi state and Kogi west on behalf of Dino to forgive him. He was a disaster when he was at the national assembly. I will bring development to my state and my constituency by the grace of God.

“My victory shows that the people of Kogi west want progress and development. Dino never won any election in this state,” he said.

Senator Adeyemi thanks supporters of the All Progressives Congress (APC) for their support and also commended Kogi state governor, Alhaji Yahaya Bello for making the party very strong in the state.