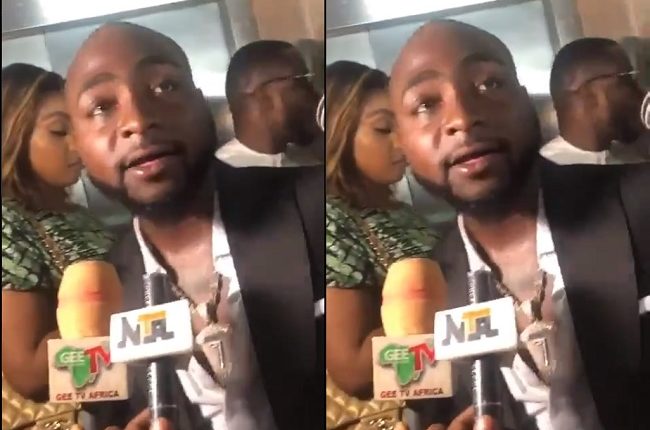 Popular musician, David Adeleke (Davido) on Monday visited the Force Headquarters, Abuja and urged the Inspector-General of Police, IGP, Mohammed Abubakar Adamu to order the immediate release of all those being detained in connection with the ongoing #EndSARS protests across the states of the Federation and the Federal Capital Territory FCT Abuja.

Davido while speaking during his short visit demanded justice for the victims of police brutality and compensation for their families.

Davido, however, stressed the need for a psychological evaluation and proper training for all personnel to be used for the new security outfit being put in place to replace the disbanded SARS for optimum performance.

He also canvassed for an enhanced salary package for the personnel of the Nigeria Police Force for protecting lives and property of the general public as being obtained in the other part world.

Responding, the IGP Adamu said that efforts were in top gear to replace the disbanded Special Anti Robbery Squad (SARS) with a new structure to tackle armed robbery and other violent crimes in the country.

He explained that with SARS being disbanded there was the need to get a new structure that would carry out the duties of the defunct police unit which was fighting violent crimes in the society.

Adamu assured that the new outfit which would be made up of fresh personnel with a fresh orientation will be properly trained, intelligence-driven and would only act on special occasions that require their attention under thorough supervision.

While stating that opportunities would be created for members of the public to participate and make inputs to the formation of the new unit, the IGP disclosed that this was the first time a decisive action would be taken to dissolve SARS and called for calm as they continue to resolve all the issues.

He revealed that the training for the new police unit to take over from the disbanded Special Anti Robbery Squad (SARS) would commence next week and that the details would be made public soon.

Despite its small size, Lagos getting set to feed Lagosians, Nigerians ― Sanwo-Olu