Entertainment
By Favour Boluwade On Nov 13, 2020 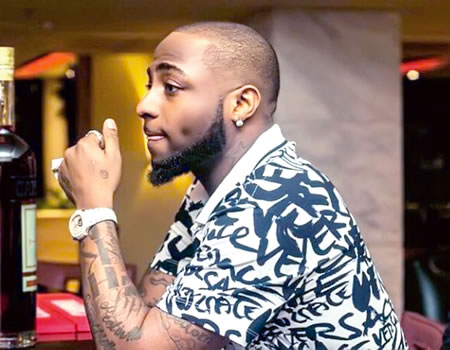 According to Davido, he intends to make his album a hope for better times to come. He said this while also revealing the release date for his anticipated ‘A Better Time ‘(ABT) album of 2020.

David Adeleke who is also the CEO of Davido Music Worldwide (DMW), also surprised his fans with the artistic cover of the album which has the picture of one of his kids, Ifeanyi Adeleke.

David Adeleke had earlier released the first track off the album titled ‘Fem’, in September, which had over 1.5million streams in less than 24 hours.

‘Fem’ which would mean ‘be quiet’ seems like what Davido has subtly sung to tell people who would not mind their businesses or are angry with him “people wey dey para for him” to keep quiet. Maybe his whole album would also keep the heat of the year 2020 quiet since he says it would bring hope.

He also released another track titled ‘So crazy’ off the album, featuring Lil Baby on Tuesday. Both ‘Fem’ and ‘So Crazy’ have received reactions from Nigerians and his fans especially, who said that just one single of the artiste is bigger than Burna Boy –another Nigerian artiste’s ‘Twice as tall’ album.

Davido on his social media said “This year we’ve been through crazy times. And through it all, we’ve all had to look inwards to find hopes of better times ahead. I found a few. In human and creative form. I’m so glad I can finally share them with you. I present ‘A Better Time’ out 13/11/20 00:00”.

The album is set to feature Nicki Minaj, Tiwa Savage, Mayorkun and other A-lists artists within and outside Africa.