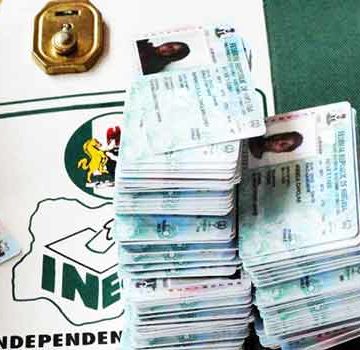 Dissatisfied with the voter turn-out, Gov. Muhammadu Bindow of Adamawa says he would declare public holiday to enable eligible citizens of the state participate in the ongoing Continuous Voters Registration (CVR).

Bindow said this while receiving some Adamawa traditional rulers who paid him Sallah homage on Monday in Yola.

The governor said that the level of people’s participation in the exercise across the state was discouraging and appeal to all eligible citizens to come out and be registered.

“The decision is to give chance especially to people from Northern and other parts of the state who lost their voter registration cards either during Boko Haram crisis, flood and other disasters to re-register.

“The State Government is going to declare a two-day public holiday to enable all eligible citizens of the state to participate in the ongoing CVR.

“The State Executive Council in the next meeting will fix the appropriate date for the holiday,’’ Bindow said.

He therefore called on eligible people of the state to come out and register to enable them exercise their rights during elections.

Earlier in their separate remarks, the Lamido of Adamawa, Alhaji Muhammadu Barkindo, and the Emir of Mubi, Alhaji Isa Ahmadu, commended the governor for infrastructural development in the state despite financial constrains.

The traditional rulers pledged their support and cooperation to the government for peace and development to reign supreme in the state.

Bakers’ association appeals to millers to reduce price of flour