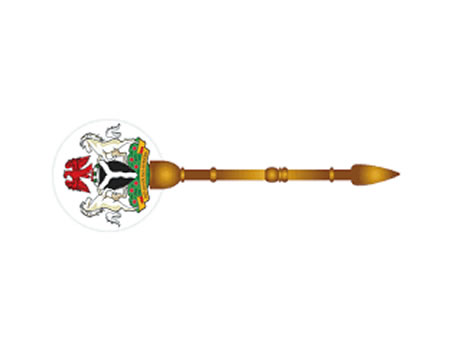 Share
Controversies have continued to trail the action of the Bauchi State House of Assembly for passing a bill to repeal the law for recovery of looted funds by government officials as most people condemned the action describing it as a deliberate move of economic sabotage.
Among those who are against the action of the Assembly is a group of Civil Society Organizations (CSOs)  in state under the auspices of ‘Bauchi State Network of Civil Society’ (BASNEC) which condemned the latest bill passed by the State House of Assembly on Wednesday 15th barring government’s panels or committees from probing and recovering public properties and funds from suspected corrupt public office holders in the state.
BASNEC in a press release signed by its Secretary General, Comrade Sadiq Sadiq stated that it was improper for the legislative arm to pass such a bill stating that there was a law enacted in 2017 tagged ‘Bauchi State Public Property and Fund Recovery Tribunal Law’ that empowers the state government to recover looted items and money from public officers.
Sadiq Sadiq who stated that BASNEC is an umbrella body of CSOs across the 20 local governments of the state with a mission to improve civic participation through advocacy and synergy of civil society Actors for good governance towards effective service delivery in the state, opined that such bill would encourage corruption.
BASNEC stated that “That such bills are against the interest of the citizens as it will not allow good governance to be in place. The action contradicts section 15 (5) of the constitution of the federal republic of Nigeria 1999 as amended which states that ‘ the state shall abolish all corrupt practices and abuse of power’. Such action undermines the democratic process”.
It added that “Our stance in condemning the latest bill to repeal the existing law (Bauchi State public property and fund recovery tribunal law 2017) because it has been of great benefit to Bauchi State citizens through prudence management of public property and funds”.
ALSO READ:
Another respondent, Yakubu Sani wondered why the executive arm of the state under the leadership of the Governor, Mohammed Abdullahi Abubakar will sponsor such a bill considering the fact that he was the same person who in 2017 ensure that the law was enacted in order to embarrass officials of the immediate past administration led by former Governor Isa Yuguda.

Yakubu Sani opined that having lost the reelection bid, the Governor, Mohammed Abubakar is now afraid of the wrath of the law which may be used against him by the incoming administration led by the PDP.
He, however, expressed optimism that the law passed by the Assembly will not be effective calling on the incoming administration to reintroduce it as soon as the next Assembly was inaugurated in order to bring everyone found culpable in misappropriation of public funds to book.
But while defending the actions of the Assembly, the member representing Ganjuwa West in the House, Sale Nabayi said that the action of the Assembly was in the best interest of the state because according to him, “since the enactment and assenting of the law in 2017 it has remained dormant.”
While speaking to newsmen on the bill for the repealing of the law, the lawmaker said that since the time it was enacted in 2017 it has been a subject of litigation by some people saying that the best thing was to repeal it.
All efforts to get the Speaker of the House, Kawuwa Shehu Damina to comment on the action of the Assembly did not yield any positive results as he was said to be in Abuja to discuss the new development on the issue of local government and state joint account
It will be recalled that in what may be seen as a way to shield the Executive arm of government from probe following the threat by the incoming PDP led administration to probe the outgoing APC led administration,  Bauchi State House of Assembly last Wednesday hastily passed a bill repealing the State Public Property and Funds Recovery Tribunal of 2017 in the state into law having enacted same law then to get at perceived opponents.

Stop parading yourselves as AAC national officers, Court tells Omoyele Sowore, one other